Chinese phones and phablets have come along way in the past few years, so much so that here are 3 great alternatives of the yet to be released Samsung Galaxy Note 3 which you can buy now!

UPDATE: Since posting this articel OrientDeal have dropped the price of the Orient N3 Plust to just $239! Also, they have sent us a promo code so that GizChina readers can enjoy an additional 3% discount! “coupon3”

It’s no secret that Samsung are preparing the successor to the current Galaxy Note 2, but it is also no secret we still have a few months to wait and that prices are going to be far from affordable! So, if you are looking to upgrade your current phablet you might want to take a good look at these devices.

3 alternatives to the Samsung Galaxy Note 3

A great standout feature of this Chinese phablet is the inclusion of a Touch Pen which can be used much in the same way as the Galaxy Note’s S Pen!

As the name suggests the Orient N3 is the same as the above phone but get’s 16GB of built-in memory. The rest of the phone is the same including the 720HD display, 1GB RAM and 1.2Ghz quad-core SoC and the price is only slightly more at $239.68.

The top of the range Orient N3 Plus sorts a few differences between the other models. The first is the display is a slightly smaller, more pocket friendly 5.7-inch, 1280 x 720 display, but the main difference comes in the form of more performance. 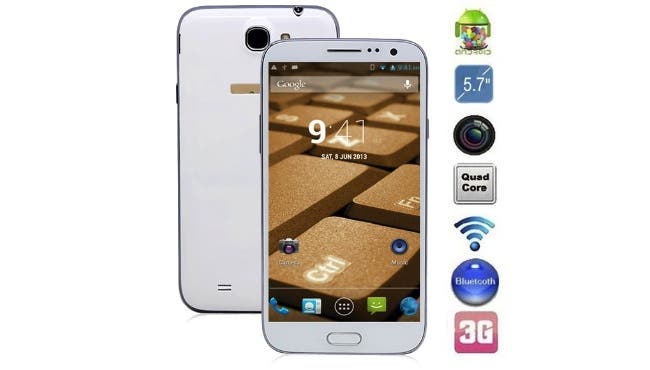 The N3 Plus is powered by a 1.5Ghz MT6589T quad-core processor meaning this Chinese boasts Antutu benchmark scores above 16,000 points!