While we wait and see if Xiaomi will actually be launching a $276 Xioami Mi2s Youth will launch later this month, leaked photos of the new handset hit the web.

From what we have heard from our sources the Xiaomi Mi2s Youth will be a 1.5Ghz Snapdragon 600 quad-core phone with 1GB RAM, 8 mega-pixel rear camera, 4.3-inch display and 16GB memory.

We assumed that this would mean the new lower costing Mi2S Youth would be visually identical to the current Mi2S and previous Mi2, however these leaked photos suggest a new design will be used.

The rear of the supposed Xiaomi Mi2s featues a single external speaker hole, and has specs of the phone printed to a glossy white shell similar to the original Xiaomi M1. In this case the printed specs say the phone has a 1.7Ghz CPU and 1GB RAM. 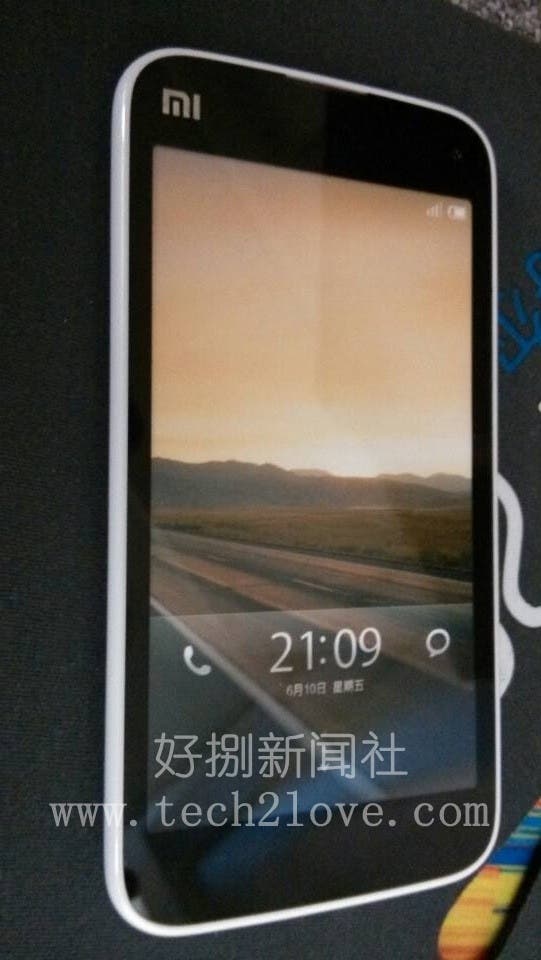 Compared to the Mi2S this new model has a much more rounded design and the white plastic shell actually wraps around the edges of the phone to meet the front panel.

But is this really a photo of the Xiaomi Mi2S youth or is it a knock off phone made to look like the current flagship Xiaomi device? We’re inclined to think think the latter but what about you guys?

Next Basic Bear, a budget iPhone inspired Android phone or an impersonator?