Leaked specifications of the Xiaocai X9 show two versions of the phone will launch with the Advanced version boasting a 4.5-inch 1080 FHD display!

Android phone fans have been calling out for manufacturers to launch small screen phones with higher specifications, and while the performance side of these smaller handsets is usually very good, screen resolution doesn’t match their larger counterparts!

Chinese phone maker Xiaocai could be set to change that with their upcoming Xiaocai X9 quad-core smartphone. According to leaked specifications 2 versions of the X9 will go on sale with the top-of-the-range model coming with a 1920 x 1080 OGS FHD panel! The rest of the specs are very impressive too with a 1.5Ghz quad-core MT6589T chipset, 2GB RAM and 32 GB memory being the stand-out features! 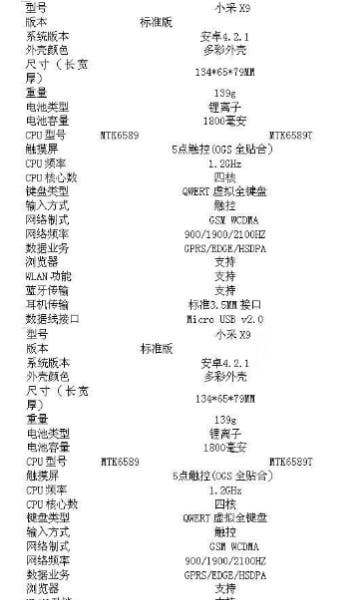