One of the stand out new features for the next generation Xiaomi Mi3 is it’s updated aperture and focal length for it’s 13 mega-pixel rear camera shown here in the first leaked photo sample.

Xiaomi have always put in a little extra effort when speccing the cameras on their smartphones. The Mi2 and Mi2S both produce wonderful photos with the 8 or 13 mega-pixel photos but there is always a little room for improvement!

The night-time photo of the Xiaomi office in Beijing was leaked earlier this evening which is thought to have been taken with the rear facing 13 mega-pixel Xiaomi Mi3 rear camera. 13 mega-pixel sensors are the norm now on Chinese smartphones,but what is special about the Mi3 lens it a focal length of 3.51mm and an F2.2 aperture!

Along with this rather crisp looking photo, purported photos of the Xiaomi Mi3’s screen have also shown up on line. The photos which have also been taken at night don’t really give us much in the way of clues although the image below (showing the donkey) does seem to have a back-lit capacitive ‘options’ button on show in the same position as current Xiaomi phones (the first button on the left). 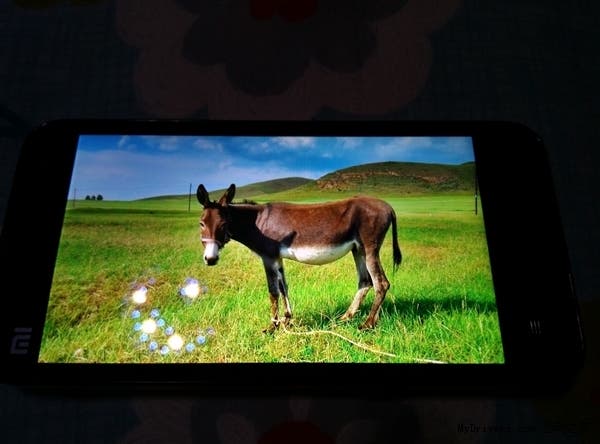 Next Blurry cam captures the Meizu MX3 and Flyme 3.0