Hot on the heels of recent Gionee launches comes the all new, big screen Gionee X817. A Gionee I would be tempted to own.

Previously Gionee haven’t really featured very often on Gizchina as their phone were a little boring at best, and were often priced higher than similar phones. The new range of phones has changed most of that though and the Gionee X817 is simply stunning! 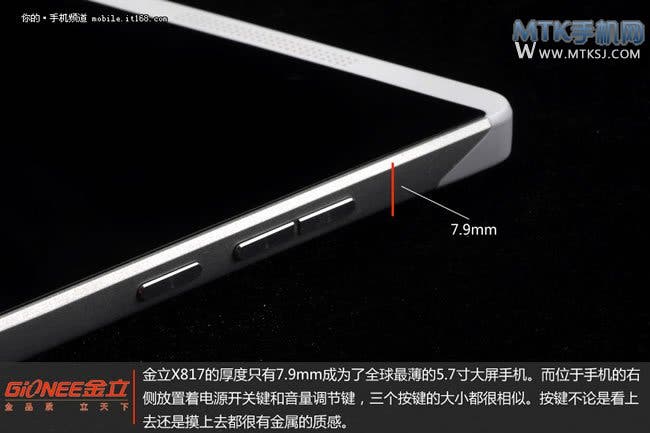 Measuring in at 7.95mm with a 5.7-inch OGS panel, the Gionee continues the companies trend in manufacturing thin phones made from high quality materials, in this case a non removable alloy rear panel.

We don’t expect the X817 to be as affordable as similar phones when it get’s launched but with a 13 mega-pixel Sony rear camera weigh F/2.2 lens, 5 mega-pixel front, DTS stereo sound and 1.5Ghz quad-core processor anyone buying it isn’t going to feel ripped off at all. 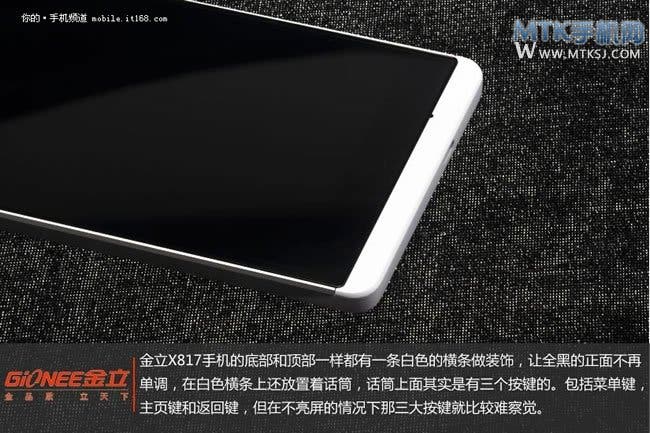 The X817 boasts a rather large 3200mAh battery and dual-sim support too, in fact the only details which really rock the boat is the phone coming with just 1GB RAM and 16GB memory, but hopefully an ‘Advanced’ version will also go on sale.