Meizu have sent out classy invitations for the launch of the Meizu MX3 at the Watercube in Beijing complete with a wooden mock-up of the new phone.

Last year for the MX2 launch Meizu made the special effort of printing invitations on a piece of glass the same size of the phones display, this year a whole mockup carved from wood has arrived in the post! 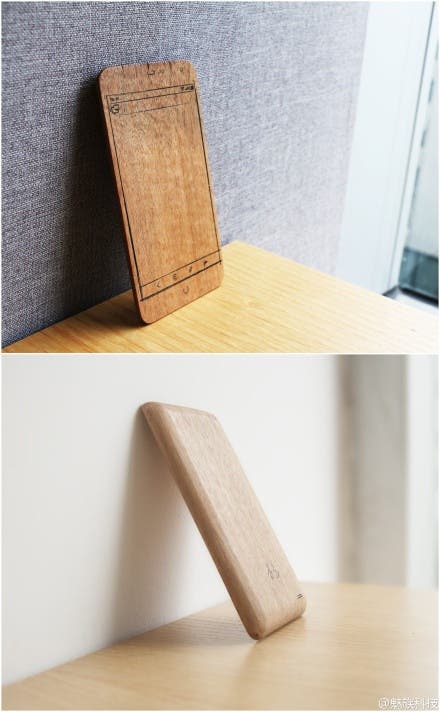 Comparing the wooden MX3 to the current MX2 shows that the overall style of the phone has remained the same but slightly bigger to accommodate the larger display. The dummy phone shows us that the Meizu smart bar is being used for navigation once again, some of the sensor have moved to new positions and on the rear we get to see NFC will be supported.

Screen size of the MX3 looks to be around 5-inch with the phone coming in at a similar size to the Sony Xperia Z.

The Meizu MX3 will launch on 2nd September at the Watercube in Beijing!

Next First real photos of the Gionee X817 phablet