The JiaYu G5 is the next Mediatek powered phone to ship from JiaYu. Here are some real photos of this stainless steel phone which show a familiar design.

Look at that top photo of the JiaYu G5 and say the name of the first phone that pops in to your head…. If you said a Qwerty Blackberry then you need to see an optician as this ‘new’ design looks exactly like an iPhone to us! Ok, ‘Exactly’ might be an exaggeration there are some differences like the lack of a physical home button, but all in all they are similar. 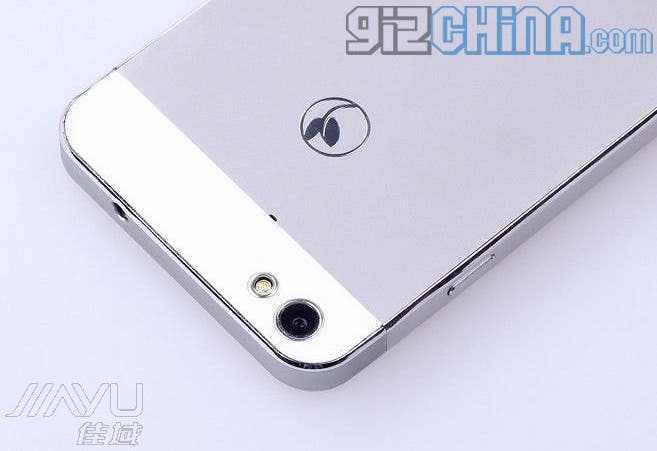 If you can look past the iPhone styling and you are after a smaller screen phone with the latest hardware then the JiaYu G5 could be the one to get. The specification includes a 1.5Ghz MT6589T processor, 2GB RAM, 32GB memory, 4.5-inch 720 display, 3 mega-pixel front camera, 13 mega-pixel rear, OTG and a thin design measuring 130 x 63.5 x 7.9mm!

We have contacted JiaYu to see if they can give us any price or launch detail, but all they could offer is that the JiaYu G5 should launch at around the same time as the JiaYu S1!

Previous Video: Just how tough is a Zopo C2, plus iPhone and GS3 comparisons