It’s always great to finally get our hands on a new phone for review. Take a look at our Neo N003 unboxing video and first hands on here.

We’re expecting a lot of phones to arrive over the next few weeks for review (Zopo ZP990, Newman K2, FAEA F2) but Chinapadmall must have the fastest courier service as their Neo N003 review phone has been the first to arrive at the GizChina office.

Below are details of the phone and our initial impressions of the Neo N003. Please don’t take this brief introduction as the full review, we plan to put the N003 throughly through it’s paces and publish a complete review with videos and photo samples later in the month. Keep posted! 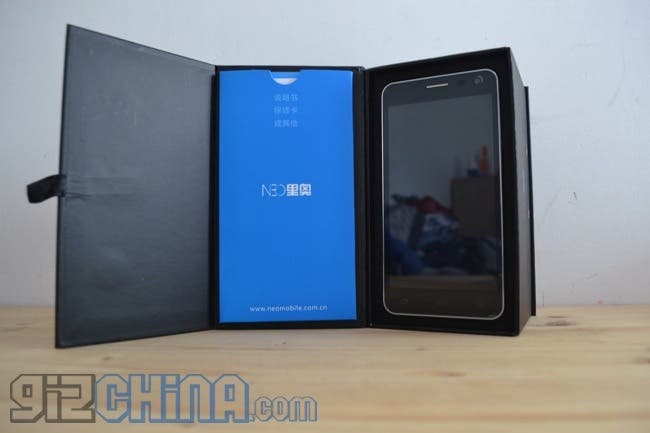 The Neo N003 will be one of the last phone to launch with a 2013 flagship level of specification, which is a little odd as we have known about the phone and most of it’s specifications for months already!

It’s not clear why Neo have launched the N003 so long after rivals, but we know it was partly due to a last-minute update to a 1.5Ghz MT6589T processor. 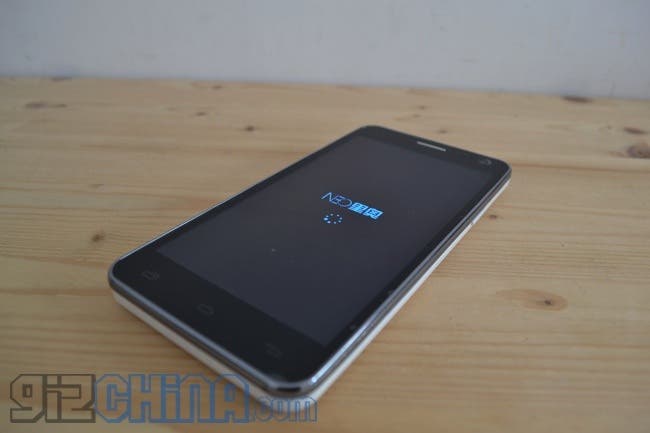 So the N003 packs a 1.5Ghz MT689T processor, what about the rest of the hardware. Well there will 2 versions of the phone available the Neo N003 Basic which is on sale now, and then the Neo N003 Advanced which has yet to launch. The only difference between the two phones is the RAM and Memory, the basic getting 1GB RAM 4GB memory and the advanced 2GB RAM 32GB Memory. 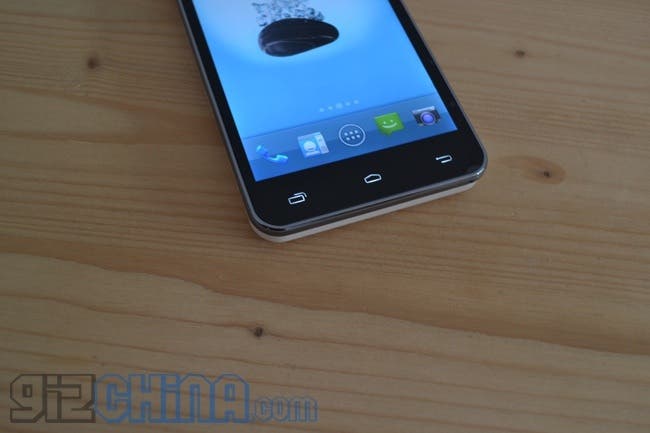 The rest of the hardware is the same on both phones. 5-inch 1080 laminated display, 13 mega-pixel rear camera, 3 mega-pixel front, Android 4.2.1, support for up to 64GB SD cards, dual SIM, 3000mAh battery and support for MHL and OTG. Also for your information the N003 also has a notification LED (to the right of the receiver) and back-lit capacitive buttons.

As you will see in the video below the N003 runs a mildly tweaked version of the stock Android 4.2 Jelly Bean ROM, which comes pre-rooted, and with Google Play store, oddly though no browser was installed on the phone when it arrived. 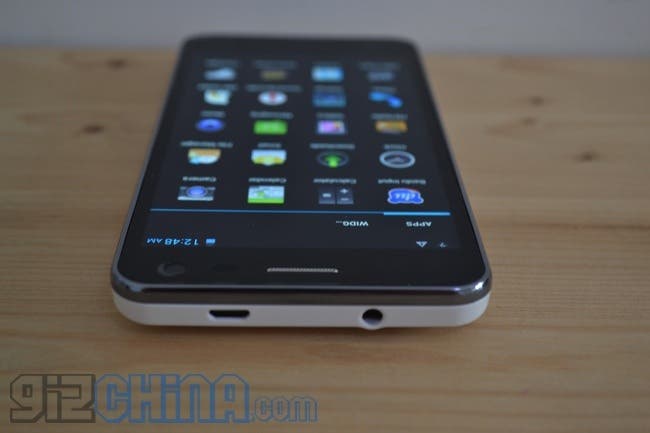 Below are a few photos we took of the N003 after recording the unboxing video. The body features a black front panel with metal edging which meets the screen and tapers around the edge of the body. That then meets a slim sliver of black plastic before meeting the removable white rear panel.

The overall looks is understated and not much different to the JiaYu G4 (obviously larger though). It’s not a particularly thin phone due to the very substantial 3000mAh battery, but it manages to fee very comfortable and easy to use one-handed. 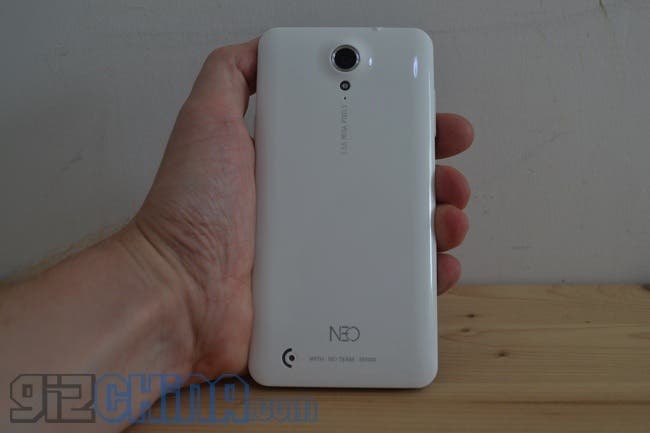 A removable rear panel takes up the rear with a nicely styled rear external speaker (reminds me of the old Commodore Computers logo. We can also find the 13 mega-pixel rear camera and LED flash on the back too.

I have only had time to browse around the phone, add a Google account, install Google Chrome and Antutu, but from this brief experience I am very happy with the performance. The display handles touches and gestures as you would expect, there are no ghost touches, and the whole user experience if fast, smooth and bug free. 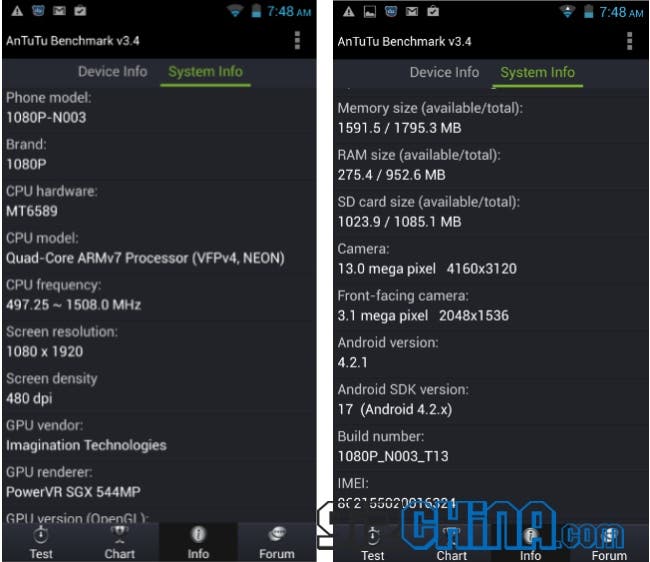 Although having only 1GB RAM and having to power a 1080 display, swiping through screens is very snappy as is app launching and web browsing. 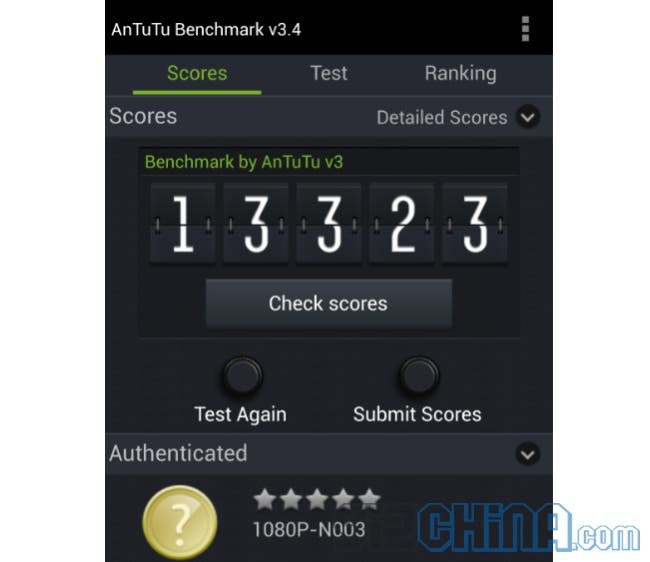 I plan to run all popular benchmarking tools on the N003, but for now I have just ran Antutu. This gave me an accurate look at the specifications (hmm just under 2GB of memory for user use….), and also check the performance. Again I was happily surprised the Antutu result and the Neo managed an impressive 13,323.

So that wraps up our Neo N003 unboxing and first hands on. Overall first impressions are very good, but we will leave a final judgement until we have had some serious time with the phone.

Thanks again to Chinapadmall for sending us this review unit.

Next Xiaomi Box update could turn it to an Android games console!