Neo might be planning to roll an update to the Neo N003, by adding NFC support to the top of the range Advanced version.

The Neo N003 took an age to get to market but when if finally did it managed to be one of a very few number of phone which has almost every feature hardcore phone fans could dream of. 5-inch 1080 display, OTG, MHL, laminated screen, 13 mega-pixel camera and more, the only missing feature is an NFC chip.

NFC technology has been gaining popularity in China over the past few months. The Xiaomi Mi2A has it, as does the Vivo Xplay, FAEA F1, F2 and now possibly even the Neo N003! 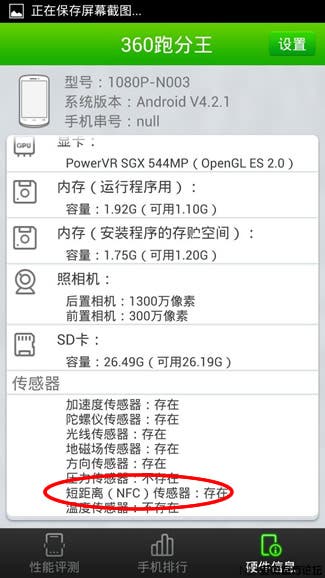 These screenshots are from the an advanced version of the N003 running 2GB RAM and 32GB memory, plus NFC. We have had a good look at our Neo review phone and have concluded that either a thicker rear cover would be needed to install NFC or a thinner battery. We will have to wait and see what Neo have planned.

Next Boway U5 4000mAh smartphone on sale in China soon!