Earlier this year Huawei made a splash in the phablet market with huge Huawei Ascend Mate, less than a year on and development on the Mate 2 is in full swing.

The original Huawei Ascend Mate was a interesting and rather larger phablet. It features a 720p display, quad-core processor, 2GB RAM and a nice UI feature which allows the full screen to be shrunk down to a thumb friendly size. 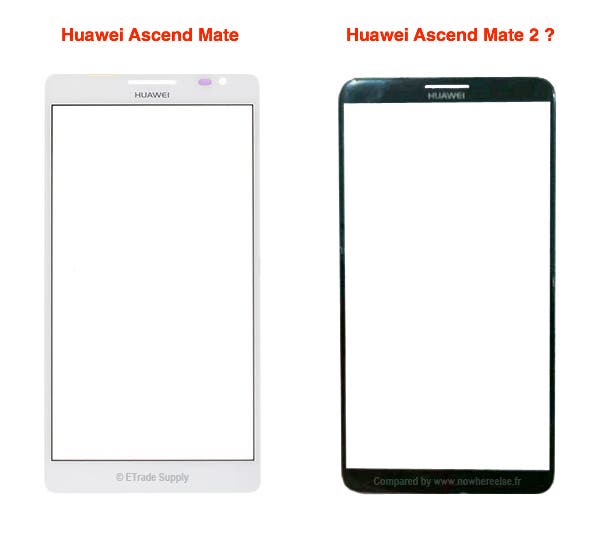 For the Huawei Ascend Mate 2 we can expect an equally large 6-inch display, but with a boost in resolution to 1920 x 1080. From these leaked display images we can also see that Huawei have made the effort to reduce the overall size of the phablet by introducing thinner bezels and small upper and lower portions.

Other details are still top secret, but if anyone at Huawei is reading this “please update your tired old 1.5Ghz quad-core chip!”.

Previous 8 versions of the Meizu MX3 listed, pricing from $308?

Next Is Oppo the World's most popular Android phone maker?