Rumours that Meizu are planning a continued price was with Xiaomi kicked off last week when sources close to the company told how Meizu will close some of their assets to reduce production costs. In addition to moving assembly to Foxconn and closing store locations, Meizu insiders have also said that an entry-level MX3 will be available at launch costing just 1999 Yuan ($308). 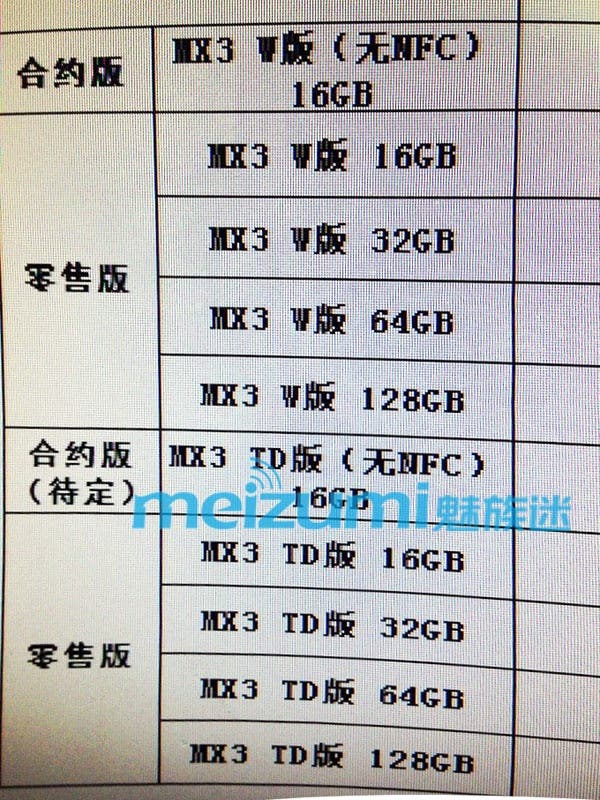 A purported leak listing of Meizu MX3 device actually shows that Meizu will have a phone to meet every pocket! The 16GB model will lack NFC keeping prices low, and their will be 32GB , 64GB and 128GB options available too. China mobile customers will be able to be a TD version while the rest of us (and many of you in different parts of the world) can opt for the WCDMA.

Pricing increases between models hasn’t been hinted at yet, but it has been suggested the 128GB MX3 could cost as much as 3999 Yuan ($653)! A lot of money for a Chinese phone, but still much cheaper than an entry level iPhone or Galaxy S4, and a good price for an Octa-core phone with so much memory!