Yesterday we learnt the official size of the Oppo N1 will be 5.9-inch, pretty huge! But with bezels as narrow as the ones on this Oppo N1 render it still might be less than a handful.

After news broke that the Oppo N1 would have a larger 5.9-inch display and not a 5.5-inch as previously believed, OFans were split with some complaining the device would be to big, while others said the size isn’t an issue.

Today a purported Oppo N1 has been posted which shows a the N1 with the narrowest bezels we have seen to date! The render suggests that the leaked images we have seen of the N1 in the wild might actually be of a prototype.

There are no measurements, but it looks like there is 1mm or less between the outer edge of the Oppo N1 and the display! This would certainly help keep the phone as compact as possible with such a big display. 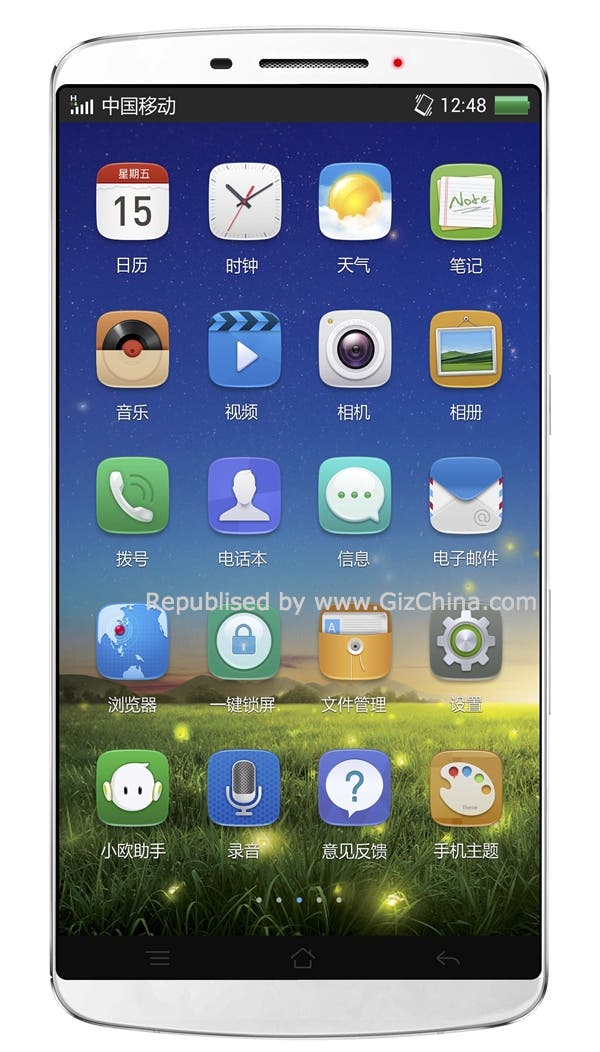 On screen navigation buttons are also part of the Oppo N1 render which has helped the chin of the phone to smaller and keep the overall length of the phone down.

The renders also shows a LED notification light, and two physical buttons on the right hand side. The larger one towards the bottom is likely a volume rocker/shutter button and the small one above it a power button.

In addition to the renders we also believe the N1 will the new swappable N-Lens, SD card expansion, NFC, 16 – 20 mega-pixel rear camera and up to 15x optical zoom. Oppo will launch the N1 on 23rd September.