Oppo have wrapped up the launch event of the Oppo N1, here are the full Oppo N1 specifications.

Oppo live streamed the Oppo N1 launch via YouKu, so that we could keep up with the action as it happened. Most of the launch spoke about Oppo’s Color ROM and the rotating (yes Rotating) camera on the N1 and very little was really mentioned about the full hardware.

Get the full N1 specs:

So in case you missed it here is the full Oppo N1 specification!

Other than the rotating camera, nothing on the Oppo N1 really surprised us. The display is a 5.9-inch 1920 x 1080 unit, there is 2GB RAM, options of either 16GB or 32GB memory, and giving the phone processing grunt is a 1.7ghz quad-core Snapdragon 600 chip! 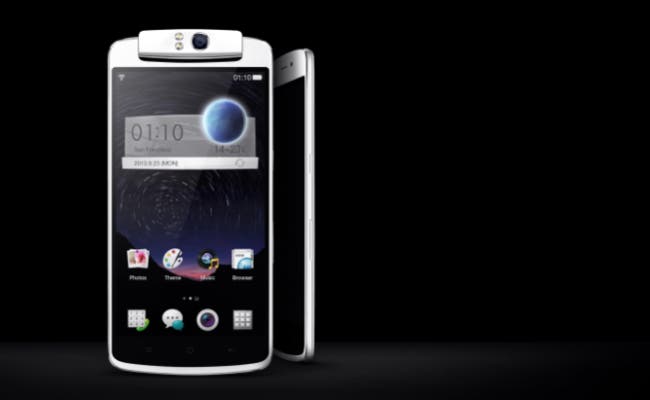 The S600 wasn’t the chip many of you had hoped, and isn’t as meaty as the 8-core Samsung Exynos in the Meizu MX3 or Snapdragon 800 in the Mi3, but it is still plenty powerful. 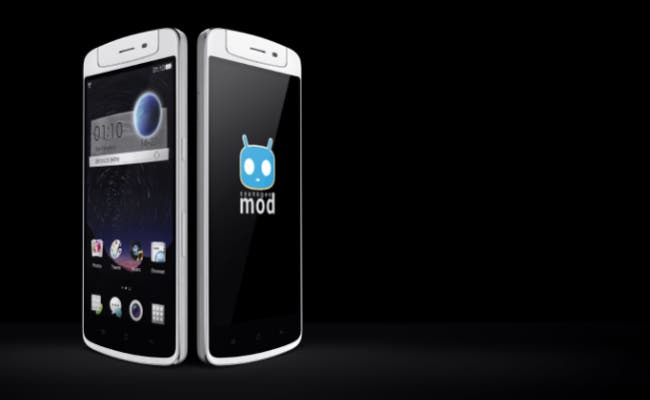 The real surprise of the N1 is the fact that it has just one single 13 mega-pixel Sony rear camera which can be rotated front to back. The rotating camera can be positioned anywhere you see fit (within its range), features a Dual LED flash and F2.0 aperture. 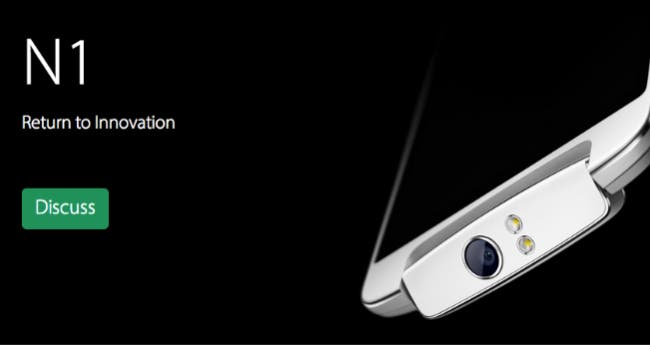 There are are number of scene modes built-in also including norma, panorama, high-speed, rewind, beauty, and slow shutter.

The N1 will go on sale in China for 3500 Yuan which is about $570 and will included a O-click remove, earphones, charger and the phone. The phone will go on sale early December.

BEIJING – September 23, 2013 – OPPO today announced the launch of the OPPO N1, the first smartphone from their new N-Lens flagship series. The OPPO N1 was revealed to a crowd of over 600 international press, fans and developers in a stunning visual presentation at the AOYA Exhibition Center in Beijing. With the groundbreaking OPPO N1, the large screen, rotating camera, rear touch panel, and incredible design come together to create a whole new smartphone experience.

The OPPO N1 realizes new possibilities in smartphone photography as the world’s first smartphone with a rotating camera. Its revolutionary camera rotates 206-degrees, and will securely lock at any angle.

The OPPO N1 is wound by two finely cut chamfers running along the sides of the device which guard the immersive 5.9-inch display. More than a year of work and over 20 different designs ultimately led to the simple brilliance of the OPPO N1 and the small but intricate camera, tested to last through 100,000 rotations. Its full metal aluminum alloy frame is produced over a 20-day period, during which it undergoes a 14 step polishing process involving more than a dozen suppliers. Strengthening the core of the phone, the frame adds an air of solidity and style to the OPPO N1. The OPPO N1 phone body is made with a smooth, ceramic-like material designed to keep your device free of fingerprints and smooth to the touch.

O-Touch is an entirely new way of using your smartphone. A 12 cm2 rear touch panel makes one handed use for the large N1 screen comfortable and easy. With O-Touch you can scroll, tap, or snap photos – all without your fingers blocking the display.

O-Click lets you remotely operate the N1 camera even when you’re away from the device. Simply position the N1 and step back. If you misplace your device, find it by setting off an alarm on the phone. O-Click fits on your keychain and supports a range of up to 50 meters, staying connected to your OPPO N1 via Bluetooth (BLE).

Available in 16GB or 32GB internal storage, the OPPO N1 is set to launch in early December.

Previous Oppo N1 Launch - And it's over!