After much speculation and a few leaked photos, we finally have some firm evidence that a WCDMA compatible Xiaomi Hongmi is on the way. 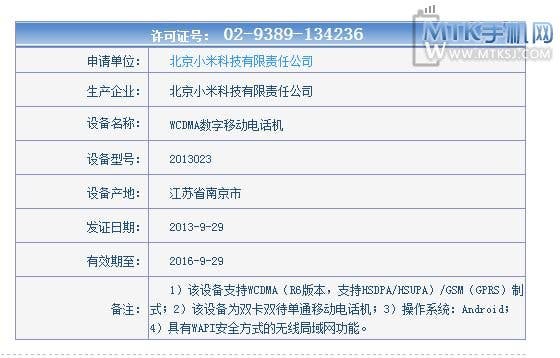 Finally though Xiaomi have applied and received for the network license on a WCDMA version of the $130 Android phone which will work with China Unicom networks, but also will be compatible with many European 3G services.

Xiaomi still haven’t officially announced the phone, but with this latest evidence we can hope that it will go on sale very soon.

Next Allwinner A80 Octa-core processor unveiled