When Apple brought out their iPhone they rocked the cellular world, just under a decade ago Nokia’s hold on the world’s mobile phone market was practically vice tight, then Apple came and ruined the party. Samsung came with their phablet phones which were mocked at first but consumers flocked to the Korean brand once they realized the fallacy of carrying a tablet and a phone on daily basis when a single, albeit somewhat larger device could do the job of two devices just as well. 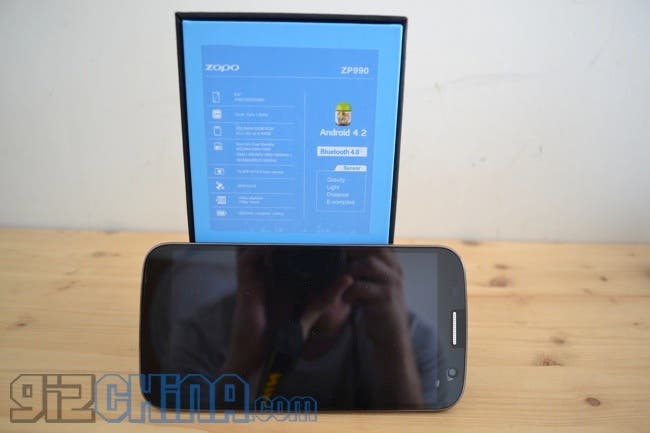 Now Chinese phone companies are gaining notice for their ever increasing specifications and also their nuclear arms race in the screen size wars. Zopo have launched their latest ZP990 earlier this month and we at GizChina have been using it as a daily phone for just under a month.

The ZP990 Captain S is Zopo’s current flagship phone, it boasts a Quadcore 1.5ghz CPU, 2GB RAM and 32GB Rom, which can be expanded with a 64GB mini SD Card, Dual Sim Support and a 13 mega pixel camera. On the sensor front the ZP990 comes with gravity, Light, Distance and an E-Compass, meaning it covers the basics but doesn’t go into great detail, temperature and pressure sensors are becoming more common on phones, so perhaps the next model will gain more toys. 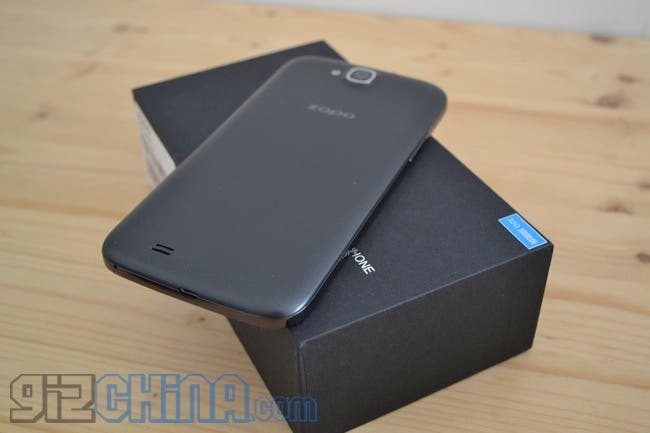 Construction materials are entirely plastic, but that doesn’t mean it’s a down market phone. Quality has been a paramount issue for Zopo during the development of the Z990, and it is clear that they have succeeded in their goal. Plastic on all four corners whilst the handsome screen is made from the unstoppable gorilla glass. Previous Chinese phones have been a little on the flexi side, not so with the ZP990, its strong and has passed the ‘flex test’ (i.e. me trying to bend it) 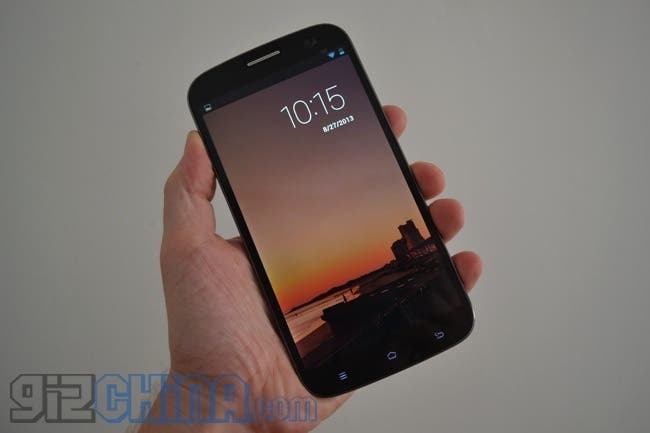 The six inch screen is the undoubted highlight of this phone, it is by far one of the clearest and vibrant cellphone screens that I’ve ever used with a resolution of 1920 x 1080. Remember to turn on adjustable brightness as well, otherwise looking at your phone in the early morning is like looking directly into a nuclear explosion. 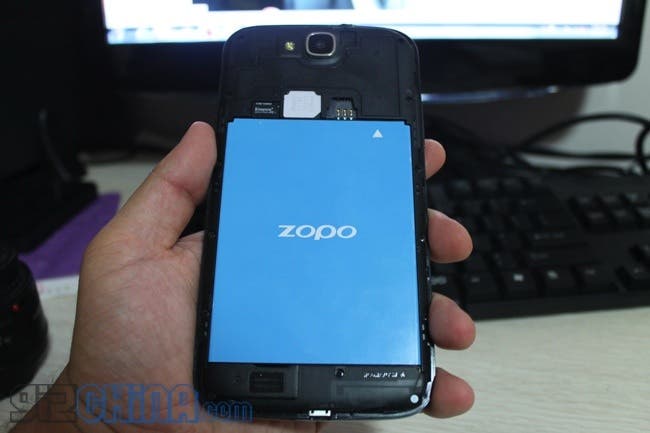 The screen really makes the phone great, but it’s not a power hog either. Battery power is backed up by a 3000mAh Li-ion battery which is enough to power the phone throughout the day whilst its connected to the car stereo via Bluetooth, catching up on a TV show over lunch and listening to music in the gym whilst on the treadmill, and let’s not forget the myriad of emails and text messages that come in through the day. The battery pack is more than up to the task of keeping that beautiful screen lit over your average 16 hour day. Compared to the Samsung Galaxy Note that this phone replaced, it’s a completely different machine, as if moving from a Skoda to a Mercedes, the Samsung would often leave me without power in the mid afternoon. 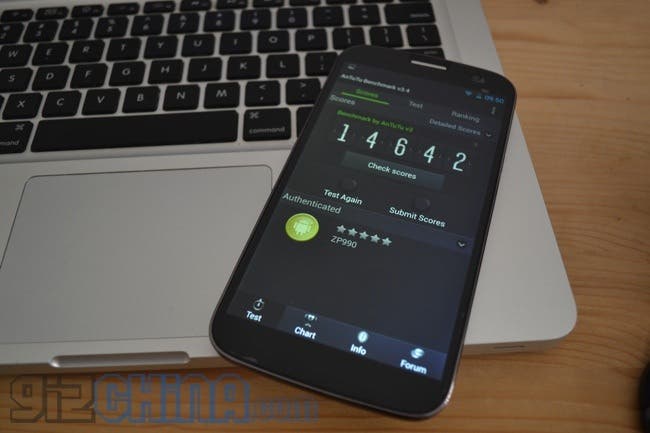 Switching from app to app is no issue either, the quad core CPU and 2GB of RAM work seamlessly to make consuming media effortlessly.  Games, music and documents open without delay and are saved just as quickly. One exceptionally cool feature is being able to control the sound, volume and brightness of the screen whilst watching a movie by sliding your finger in one direction or another in a particular area of the screen. Swipe up and down on the left hand side and you can control the sound, swipe horizontally along the top and you control the fast-forward or rewind functions, swipe up and down on the right hand side and you can control screen brightness. Genius. 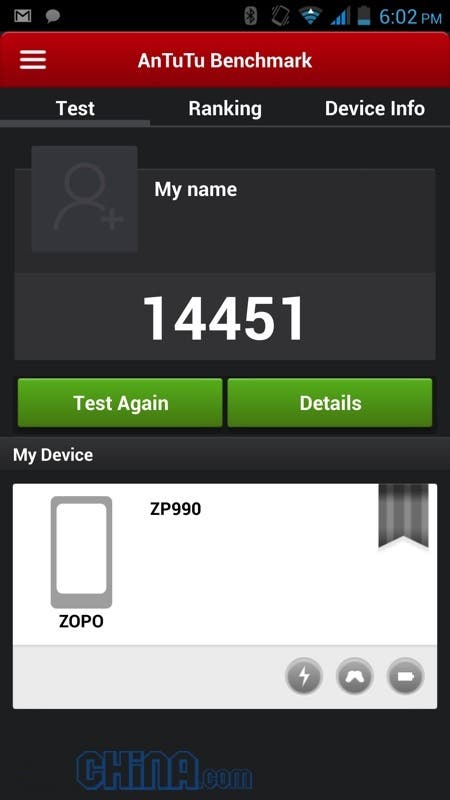 So to sum it all up, this phone is basically great out of the box. According to AnTuTu it isn’t the greatest phone in terms of specs with a ranking of 14,638 points whilst the Samsung Galaxy S4 is ranking 25,000. 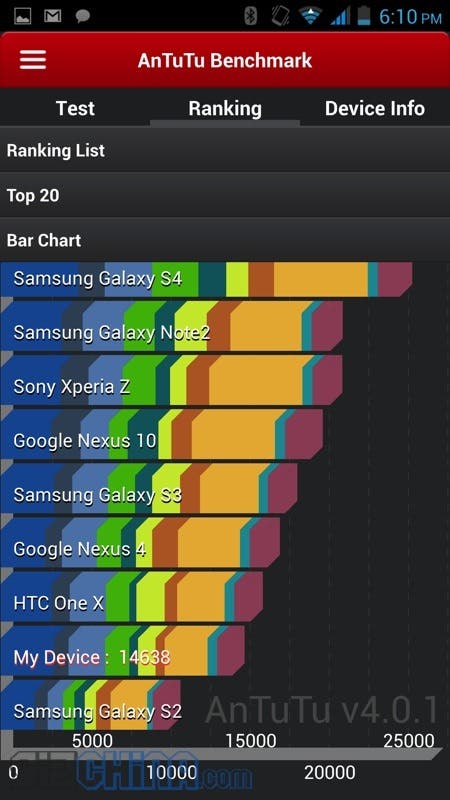 The camera is fairly decent but it isn’t going to win you a National Geographic award any time soon, images are bright in color but it can be slow to respond to the camera click meaning you might miss that all important family shot, Dad’s will understand the need for a fast camera. At night the camera is terrible from far away (far away means more than 2 meters) but close up it is fine, especially with the flash on. Video recording and playback is relatively smooth, plus you have the great big screen from which to see what you are recording. 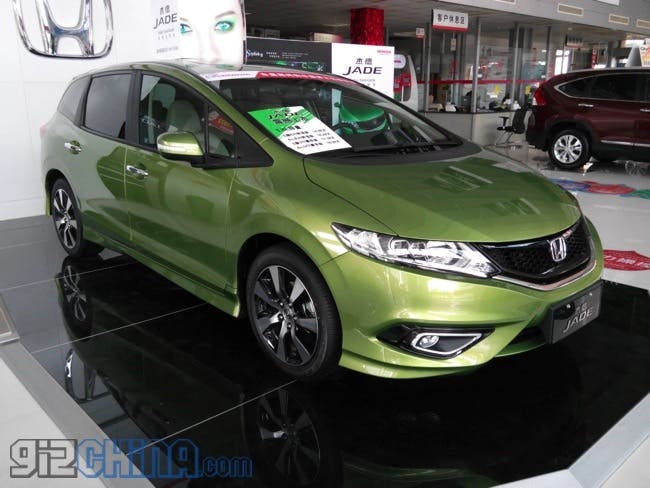 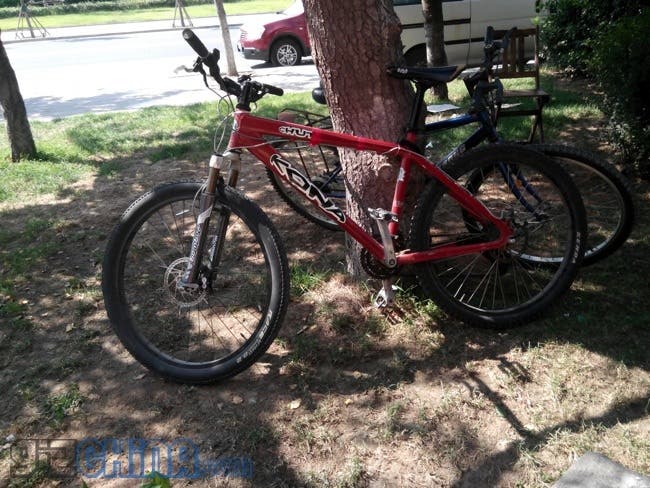 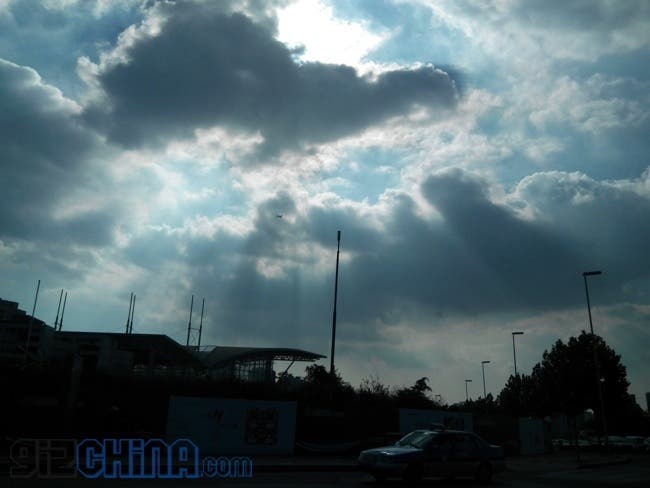 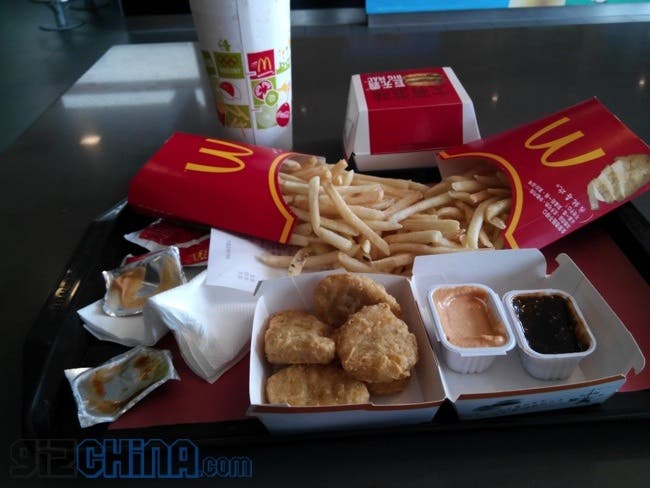 Downsides to the ZP990

That being said, there are some downsides to this phone. Firstly the battery it came with was slightly wonky, almost bent, meaning it protrudes ever so slightly from the rear of the phone, it doesn’t quite sit flat – and not due to my own jerry rigged bend test either. I was trying to rack my brains to remember if I had ever put it in my back pocket and sat down on it, but the phone is just a little too big and too wide to make for an accidental sitting scenario, you’re certainly aware of it in your pocket, the slightly bent battery doesn’t cause any operating issues either way. 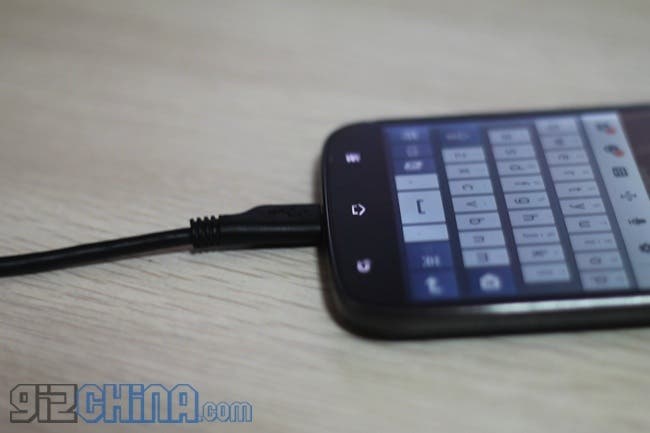 Another issue is the Zopo supplied USB cable doesn’t actually go into USB charging port at all, it sort of just hangs out without making any sort of connection, I changed it for a generic Chinese cable and then a Samsung cable, both of which fit squarely into the port and provide charging and file transfer capabilities. The final issue is the slow GPS lock, sometimes it takes a minute or two to find the satellite, likely due to a smaller antenna to fit in the phones thin profile, it’s a non issue in the age of A-GPS anyway but might prove to be problematic for those far away from cellphone towers.

Would I buy one of these with my own money? At $369.99 USD the Zopo Z990 Captain S strikes a hard bargain, you’ve got a highly capable phone that is at the near forefront of phone technology, it will be really hard for consumers to ignore the Z990’s offerings.

Previous Why are you buying (insert next Chinese phone here)?

Next Nexus 5 caught unawares yet again!