If you are planning to buy the Xiaomi Mi3 later this year then this is the review you have been waiting for! Read the complete, in-depth Nvidia Tegra 4 powered Xiaomi Mi3 review here!

To kick off the review this version of the Xiaomi Mi3 is a Nvidia Tegra 4 model which is designed to work on China Mobiles TD-SCDMA 3G network. As I am based in Spain 3G won’t work here, but GSM and Edge do. Also, this is a pre-production version of the Mi3 so I did come across a few bugs which hopefully won’t be present on the retail version.

For those of you who saw our Xiaomi Mi3 unboxing post a few days back you will have already seen the video below, but in case you missed it here it is again:

The first feelings are amazing, so fast and the menus and transitions work very well. There was some lag with the stock firmware, but updating to the latest weekly build system performace became much better. We did also experience some lag with the camera, but this is likely to be fixed with updates and might not even be present by the time the phone goes on sale.

The screen of this phone looks top quality, manufactured by Sharp, this 5 inches screen with a resolution of 1920 x 1080 allows a very clear picture. Screen brightness is intense and allows the phone to be seen in most situations without issue. Responseness is very good and follows your fingers when you touch it without any lag. Viewing angle are excellent and the screen can easily be read at almost any angle.

Xiaomi say that the display is ultra sensetive, and I can confirm it works with the tip of your finger even when wearing a glove or covered with a cloth. 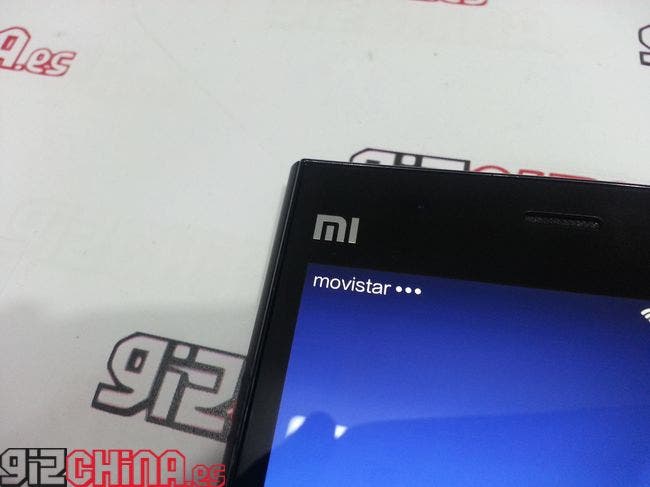 The display features Corning Gorilla Glass protection so you need not worry to much when using the phone as it should survive the odd knock and drop.

Many people asked me to throughly test the camera, I have done so but as the firmware isn’t running as it should (being a pre-production model) it did seem laggy  and some of the built-in features could not be fully used. Some of the effect filters are actually missing the filter, focus was an issue sometimes and panorama mode was slow. Again, this isn’t a production model and other Xiaomi phones we have used have not had these issues so we are going to put these issues down to it running a firmware which Xiaomi are not ready to launch with.

The camera quality is very good and easily on par with rival phones. To avoid issues with the firmware though I took these sample photos at 10 mega-pixels rather than the full 13. Still the quality is very good and I think you will agree that the results are excellent. For the night photos I was able to use a 2 second exposure to capture even more light and create great photos. 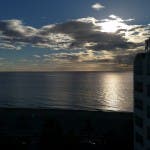 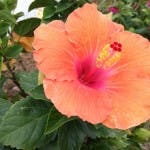 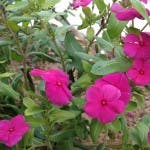 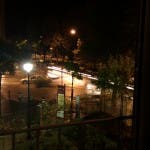 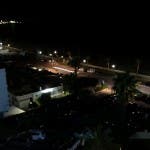 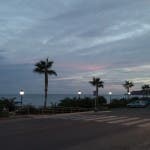 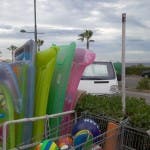 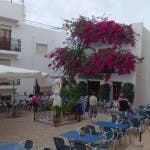 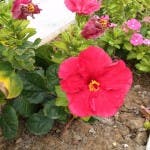 Below are some screen shots of the MIUI camera interface. As you can see there are plenty of options to tweak photos how you like and create the perfect photo. 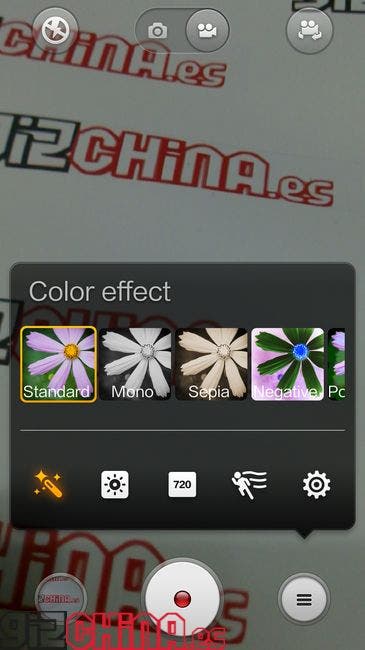 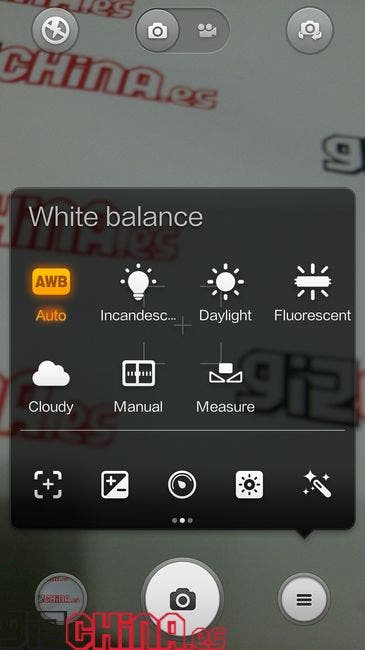 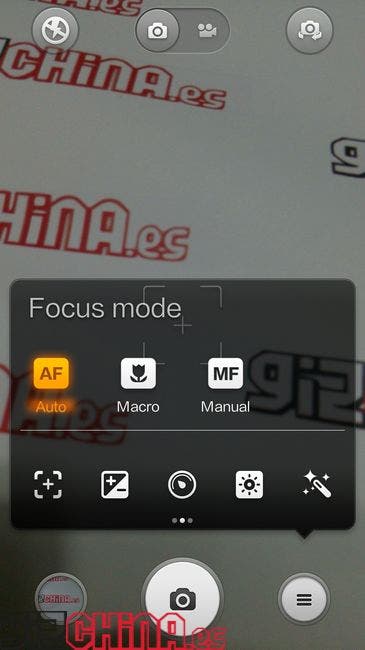 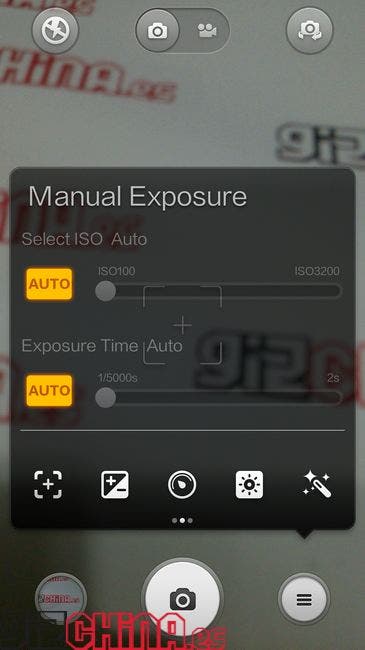 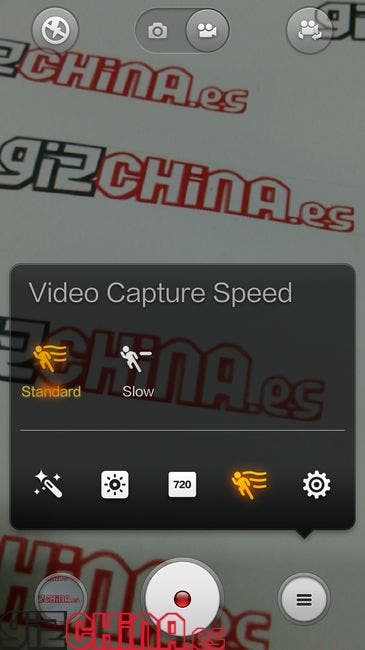 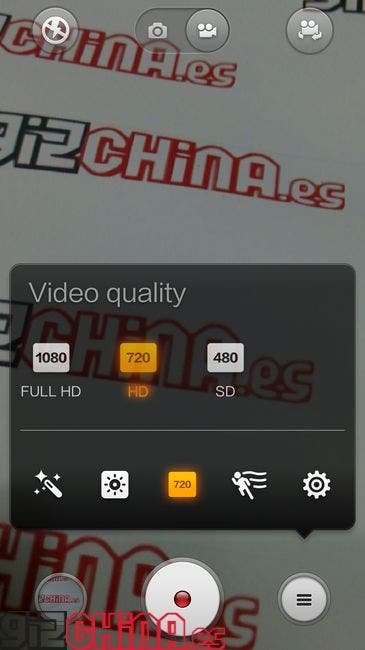 As you will be aware Xiaomi will launch a few versions of the Mi3, an Nvidia Tegra 4 model and a Qualcomm Snapdrgaon 800 version. The Tegra 4 model is aimed purely at China Mobile customers and will launch soon, where as the Snapdragon 800 model will be for China Unicom’s 3G system. This is also the version of the phone those of you reading this will be most interested in also as it will work with most European 3G networks too.

As for performance both the Tegra 4 and S800 models are real powerhouses, however with this firmware I was unable to reach the Antutu Benchmaks Xiaomi have claimed from the phone.

I published an Antutu result lower than 30.000 points but this was before the software upgrade, after that, the result was more than 35.000 points. Xiaomi claim a score of 37,000 so we can expect more from future updates.

I needed to run the Extreme version which uses FullHD resolution to make the GPU works harder as the basic version of the test just didn’t push the phone at all.

As with the 3D Mark in the normal version, this test is too weak for the phone and always shows the maximum result

This test makes the GPU works harder so I don’t know if will be better once the software is released as final version.

As with the Quadrant Standard Test, the Nenamark2 benchmark doesn’t even make the Mi3 sweat so the average FPS was 59.9.

Just to test, I donwloaded the Real Racing 3 and the result was good graphics with good speed, as you can see in the video, very smooth.

As all the Xiaomi phones, Xiaomi Mi3, which is a very high customization of the Android system, it looks completely different from the base Android system. It has a very good quality level of details and makes some functions easier than in a normal Android, but I must criticize that Xiaomi must translate many things, some aplications still has Chinese menus and options, an almost all the online content of themes and apps from their market is in Chinese. But this is only a temp problem, because I’m sure they will solve it soon or later to “conquer” the mobile world. 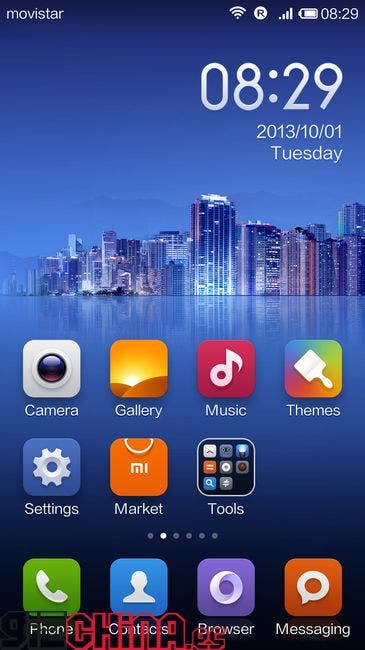 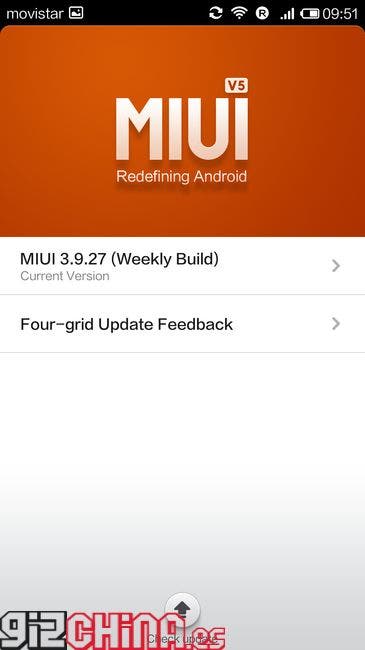 It has a great quantity of apps to make a easy experience and very comfortable than a standard Android version. It allows easy backups, restore them and control the root rights. 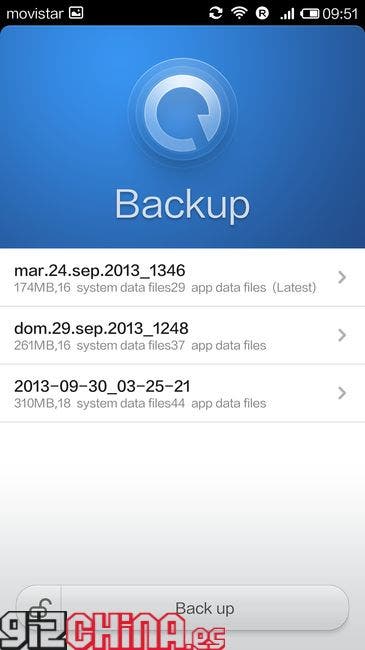 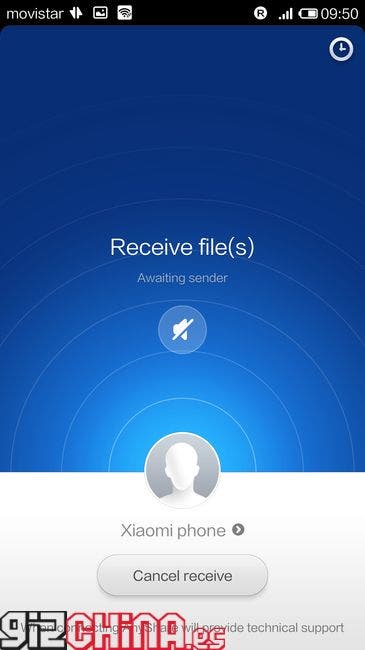 The MIUI doesn’t include Play Store, but it comes with their own Market and it is very easy to install it, I will make a video showing the process, however the link below goes through the steps which are the same for all Xiaomi phones. 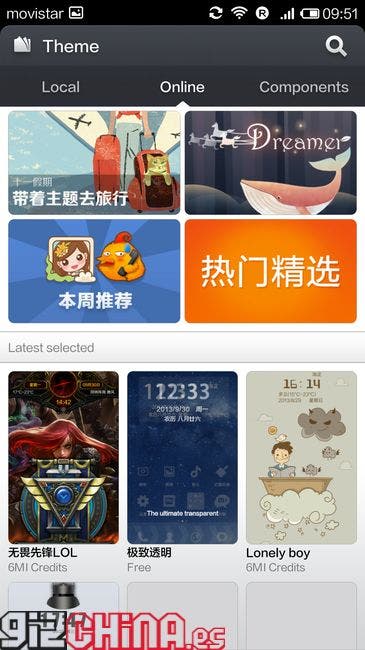 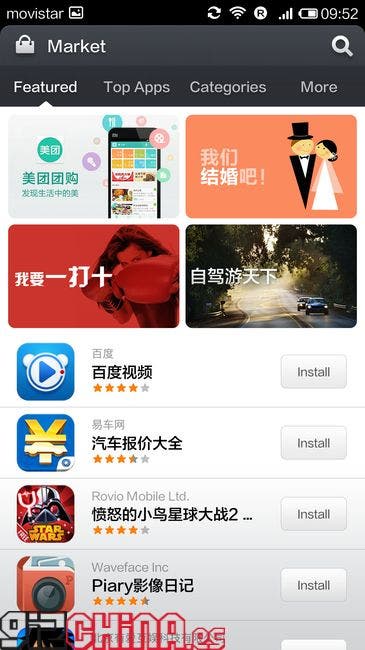 General speaking, I like MIUI, but this review is more for the phone than software and I will postpone the MIUI review for another post.

The design of the Xiaomi Mi3 is one many love and many do not like. In photos it does look very similar to a Nokia Lumia, the similarities are less apparent when the phone is in your hand but they are still there.

Looking around the phone you will find the front facing camera above the 5-inch 1920 x 1080 display. 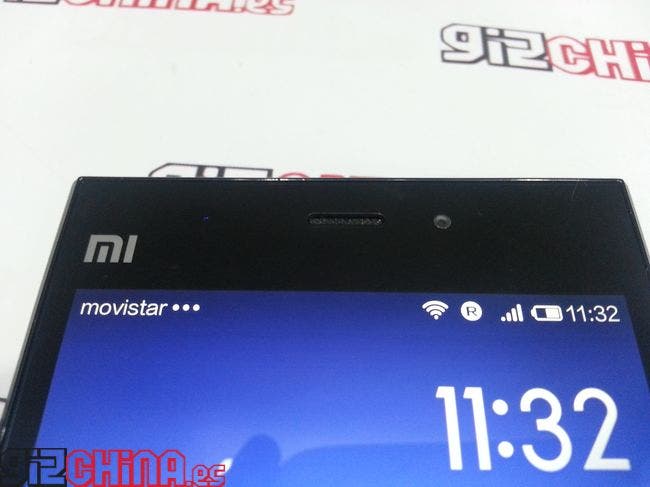 The rear camera is located in the top left along with a powerful dual LED flash. The placing of the camera is a little close to the edge and care is needed to not get your finger in the way of the lens when taking photos. This is especially apparent when coming form a phone with a camera in the top center such as the Xiaomi Mi2S or Samsung Galaxy phones. 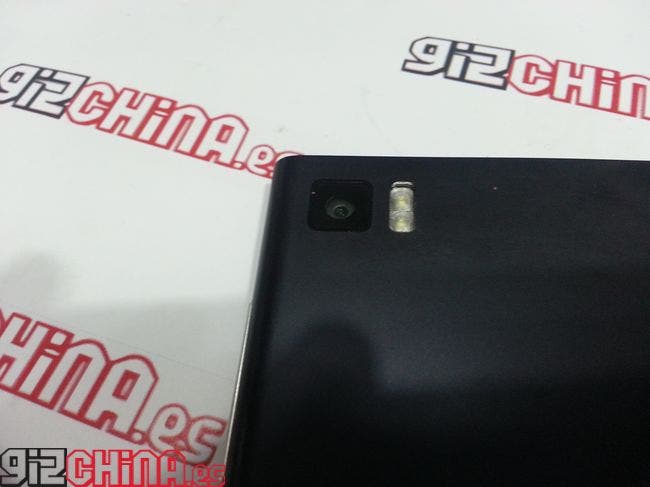 The base of the phone houses the main speaker, a great location especially when the phone is lay on it’s back, however playing games can cause you to cover and muffle the sound. Next to the speaker we have a MicroUSB which is where you can move data, charge or use MHL (which is not functioning on this prototype). 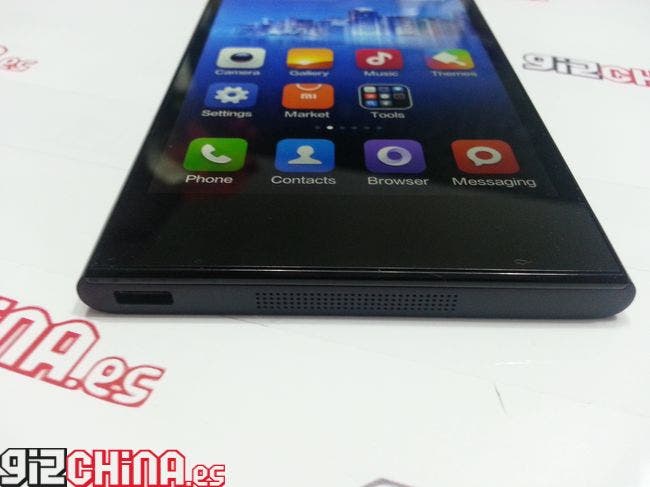 A  sim lives in a SIM tray at the top of the phone. It is great to see that Xiaomi have managed to keep the a normal size SIM rather than an Nano or Micro. The top is also where a 3.5mm headphone jack can be found. 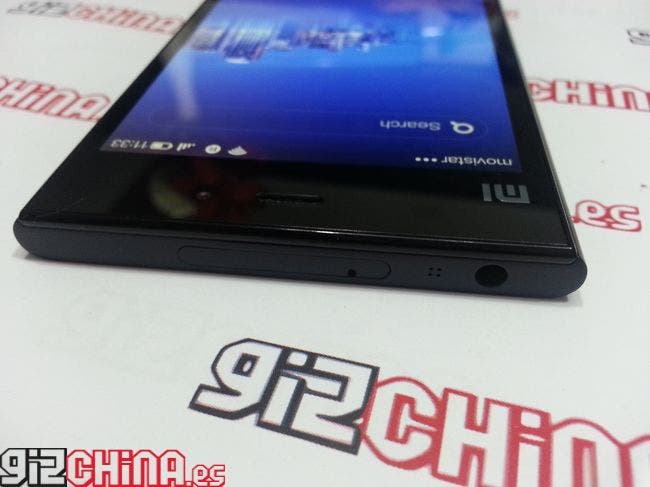 In the right side we have the power button and also the volume buttons. 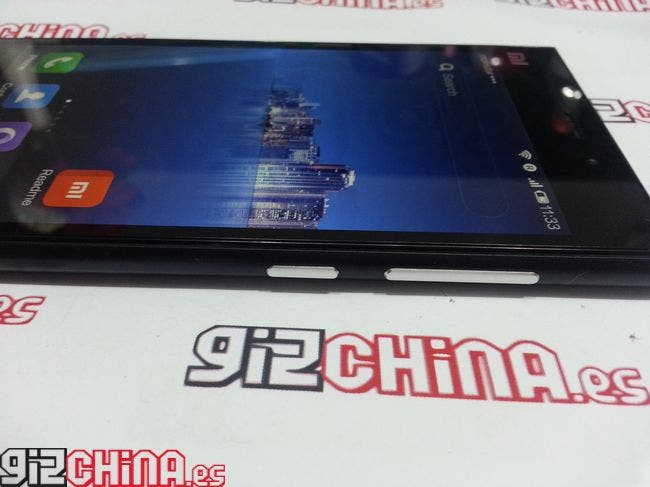 Below the screen we have the capacitative buttons, which are backlit. 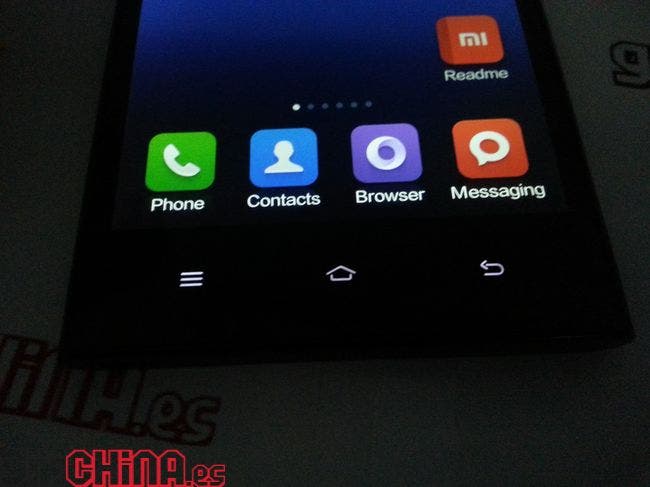 I want it! I have been thinking about which phone was the best option to replace my ageing Galaxy S3 and I believe I have found it with the Xiaomi Mi3. This phone is almost perfect and any issues can easily be solved with future firmware updates. My only issues is that the phone is just too powerful for my daily needs, and I might not do it justice!

The camera, even with this buggy version, makes a high quality photos, better than a normal phone and also, I’m sure that will work better once it is launched to the world. I want to test soon the Snapdragon version to see the performance and also to see the camera issues have been solved. So we must be with an eye on Xiaomi annunce (Gizchina will inform you, of course) to see when the Snapdragon version will be launched.

As I mentioned in the beginning, if you want to see a test, you can ask in the comments, I will try to collect as much as possible and prepare a new post.

Thanks to Powerplanetonline for sending us this phone for review!