Apple’s poor handling of next generation hardware has given domestic brands a head start enabling them to produce similar Android products and launch them before the iOS models are available.

Since Tim Cook took the reigns at Apple, iPhones, and iPads leaks have been common. Last year the iPhone 5 was leaked ahead of launch, then the iPad mini and this year the iPhonc 5C, 5S and iPad 5. These leaks are bad news for Apple but great for smaller Chinese brands who need ‘inspiration’ for their next launch. 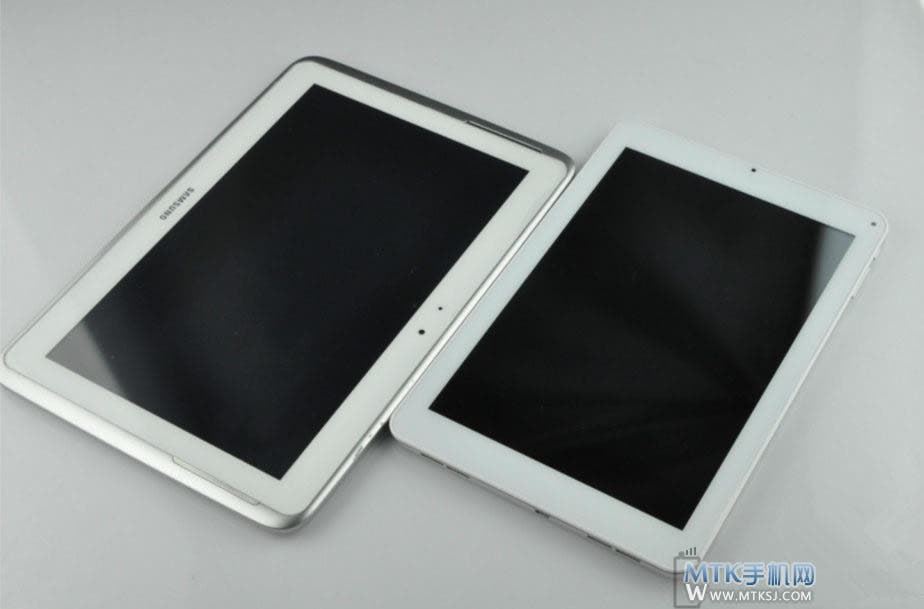 Cube have realised this and have adapted the iPad 5’s purported design for their new 9-inch Android tablet. The Cube Talk9 is the big brother of the smaller Talk 7 and like that model also features built-in 3G and voice call support.

Usually Chinese tablet makers produce great hardware but skimp on the screen resolution, this is not the case with the Cube Talk 9 though which packs a 1.5Ghz quad-core processor, 1GB RAM, 5300mAh battery and 1920 x 1280 display. Cube haven’t come forward with a price, however 1000 Yuan ($160) is the number our sources are suggesting.