JiaYu first showed photos of their new entry-level mystery machine last month and will go on say to rival similar phones such as the Xiaomi Hongmi.

The unnamed JiaYu phone is set to replace the ageing JiaYu G2S as the companies entry-level handset. With a 720p display measuring just 4.3-inches and overall sizing of 125 x 62 x 9.9mm, the new phone is set to gain a lot of fans especially as pricing is rumoured to be below the 700 Yuan mark ($114).

Rather than using a quad-core MT6589T processor JiaYu have opted for the new 1.3Ghz MT6582 CPU from Mediatek with 1GB RAM on tap. Although clocked at a lower speed than the MT6589T Antutu Benchmarks show that the phone is still very capable with a score of 16,000 points. 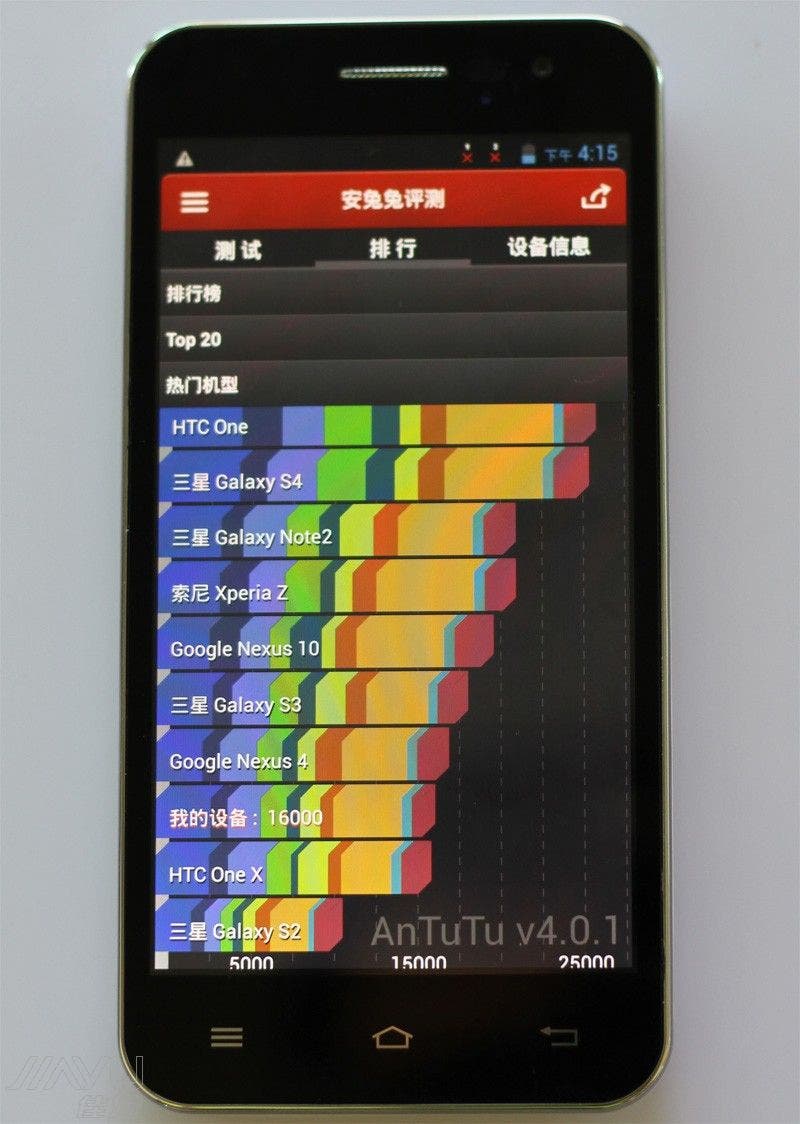 Over on JiaYu’s official forum the additional specification details have also been released which include an 8 mega-pixel rear camera, 2200mAh battery, OTG and dedicated audio processor. Like the Xiaomi Hongmi the new JiaYu will be launched as a dual SIM TD-SCDMA phone (China Mobile only), with a WCDMA version launching later.