Like many other devices which have been caught off-guard by various ‘leaksters’ (including the next Nexus smartphone and the Moto DVX), the HTC One Max too has enjoyed its fair share of footage on various media for months now.

However, according to sources, this series of leaks might come to an end soon. The upcoming phablet from the Taiwanese biggie could be launched as soon as October the 15th! This monster of a phone is speculated to come with a fingerprint reader, made famous by Apple with the iPhone 5S. Reports also suggest that the phone might not come with the Snapdragon 800 chipset people are expecting to see; however, other specifications of the device are expected to be top-of-the-line including a metal-built unibody design, much like its smaller sibling. 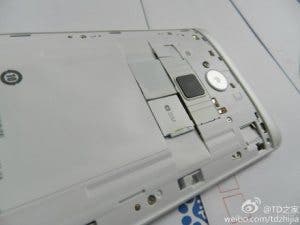 Would you go for a device as large as this one, or do you think things are getting out of hand (quite literally)? Let us know by commenting below!

Previous Moto DVX rumoured to get dual-SIM support for $200

Next The HTC One, now in Gold!