Both Xiaomi and Oppo have launched pre-orders for the next generation Android handsets.

Android smartphone fans in China are going to have a difficult time deciding which next generation phone to pre-order today. Chinese phone giants Xiaomi and Oppo will both begin pre-sales/pre-orders for the Mi3 and N1 today in a move which was obviously planned from the start. 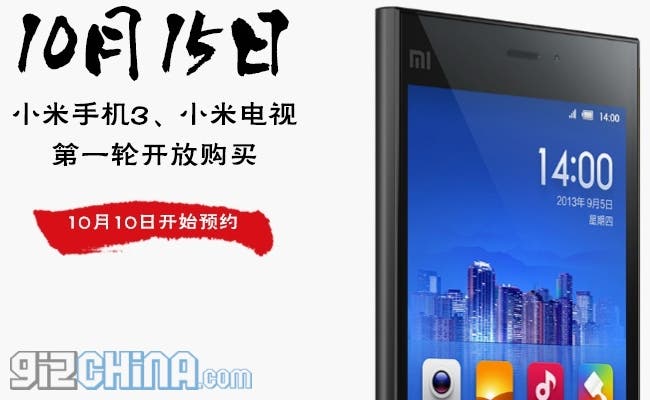 Although both phones are available to order at the exact same time, each model is clearly aimed at different clientele. The Xiaomi Mi3 is a low-cost powerhouse, where as the Oppo N1 is aimed at those who want great camera features and excellent developer support.

Oddly it looks as though Xiaomi are better prepared for their initial launch as they have 100,000 Tegra 4 powered Mi3’s available, where as Oppo are limiting supply to just 200 handsets!

In addition to the Mi3, Xiaomi will also be offering 3000 units of the silver Xiaomi smart TV today which is priced at only 2999 Yuan.

Next First round of Oppo N1 phones sold out in 0.35 seconds!