Xiaomi have had a rather great year. The launch of their latest flagship, roping in Hugo Barra, posting impressive growth figures; Xiaomi’s seen it all in the recent months. In a recent development that is seen as a party spoiler for Xiaomi, popular Chinese video streaming service, Youku Tudou took Xiaomi to court for allegedly providing users of the Xiaomi Box with unlicensed content.

This comes just days after Hugo Barra, former VP at Android, joined the Xiaomi office on the 9th of October. According to Sina Tech, Xiaomi is accused of providing Xiaomi Box users access to more than 10 TV series, the copyright of which is held by Youku Tudou. The video streaming site have also demanded that Xiaomi stop the distribution of the content in question, and along with a public apology, reimburse the company to the tune of RMB 5.1 million ($830,000). 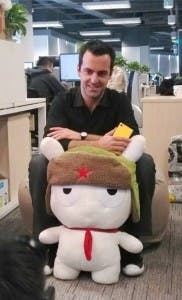 Whether Xiaomi make mincemeat of this accusation or give in, only time will tell.

Next Poll: How fast will the Xiaomi Mi3 sell out this Monday?