While many notorious manufacturers from China are known for their cloned iPad Mini devices, some manufacturers like Teclast go about it in a more subtle fashion.

An example of this practice can be their upcoming TPad P89 mini, which is essentially a tablet based on the design of… (yes, you guessed it) the iPad mini. What’s interesting about the TPad P89 mini is that Teclast, unlike other manufacturers, have actually put some worthy hardware under the hood, including an Intel processor. Also, with Apple unveiling the new iPad just a day back, the timing is just about perfect. 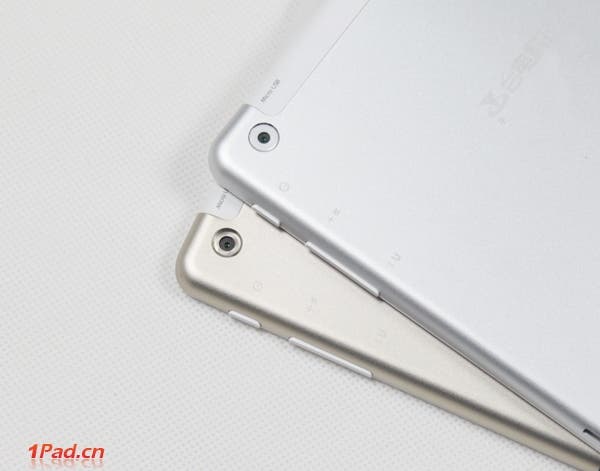 Other specifications of the device include a 7.9 inch IPS screen (in true iPad mini spirit) with a resolution of 1024 x 768, dual-core Intel Z2580 processor, 1GB of RAM, 16GB/32GB of ROM, 5 mega-pixel rear camera, 2 mega-pixel front camera, and a 4,600mAh battery. Of course, the device will be running on the Android OS, but the version has not been specified yet. Teclast have begun mass-producing the TPad P89 mini, and you can expect the device to the hit shelves soon. Oh and yes, in a bid to leave no stone unturned, there’s also a gold version coming!

There’s no word on pricing yet, however, like most other Chinese devices, you can expect the TPad P89 mini to be quite a bit lighter on the pocket than the iPad mini.

Previous Next generation 8-core Zopo could launch next month, who will be first Sony or Zopo?