It has been reported at the team behind CyanogenMod have met with Chinese dev team Shaume! Could this mean CyanogenMod is coming to Chinese phones?

The development team behind CyanogenMod, one of the most used 3rd party ROMS for Android phones, is reported to have met with Chinese Shuame development team, known for their simple one-click ROOT solutions. 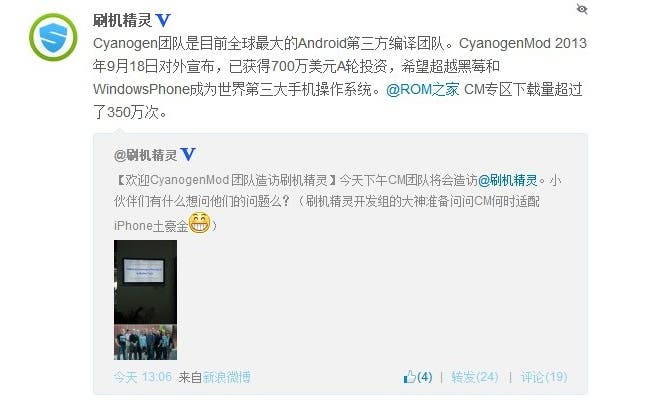 It has not been revealed what the two teams discussed but we can be sure that it has to do with bringing CyanogenMod to Chinese phones as Shuame work closely with manufacturers ranging from UMi, Oppo, Lenovo ZTE and others!