Google finally took wraps off of the Nexus 5, a device which suffered numerous leaks right from inception to the final launch.

As speculated, the Nexus 5 is indeed manufactured by LG. The design too doesn’t come as a surprise; we’ve all seen the sleek candy bar design in the aforementioned leaks. The list of spot-on guesses/leaks goes on and on, with even the price being a match! 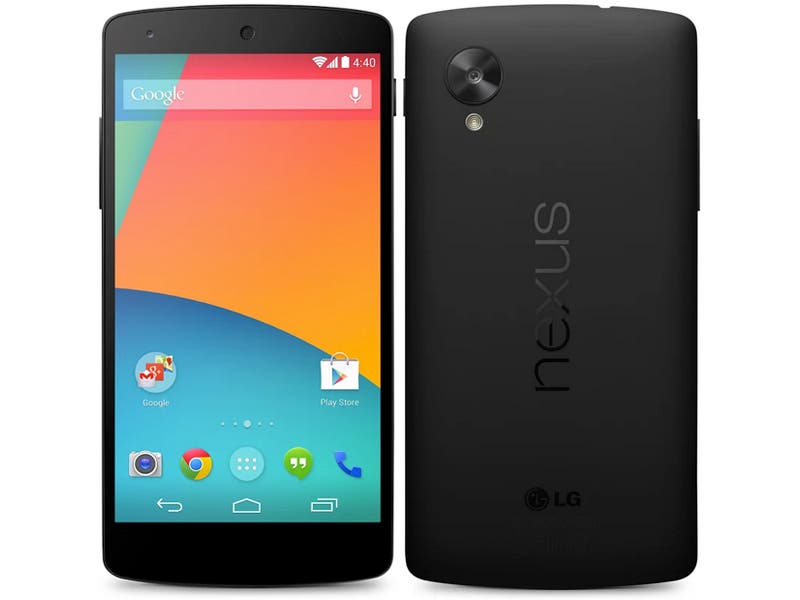 Without further ado, let’s skip to what matters the most; the specifications. The device will come with a 445ppi 4.95 inch 1080p screen covered in Corning Gorilla Glass 3, 2.3GHz quad-core Snapdragon 800 processor, 2GB RAM, 16GB/32GB ROM, NFC, 4G LTE, WiFi, Bluetooth v4.0 and GPS. The Nexus 5 will have an 8 mega-pixel main shooter at the rear and a 1.3 mega-pixel one at the front, and will be powered by a 2,300mAh battery featuring wireless charging. The phone will come in 2 colors – Black and White (panda).

As usual, the Nexus 5 will introduce another flavor of Android in v4.4 KitKat. Who’s buying?

Next Qualcomm's quad core MSM8228 aims to battle out the Mediatek uprising!