Once seen as dormant and feeble, Mediatek chipsets have come a long way from powering low-cost cloned devices to being used in Sony and LG smartphones, and now enjoy much greater acceptance worldwide, more than ever before. This has made other internationally-renown fabricators like Qualcomm feel the heat, and the need to take action. There’s no doubt that Qualcomm follow Mediatek’s developments closely, we’ve even been treated to a witty response from them.

Mediatek came up with the MT6577 dual core processor last year, which essentially was the first dual-core to be featured in the budget segment. It was only after this launch that we started seeing low-cost Qualcomm Snapdragon MSM8225 powered devices on the shore, which can be seen as a reaction to Mediatek’s stimulus.

However, with the quad core MT6589 and subsequently MT6589T, Mediatek threatened not only entry-level and mid-range, but high-end dominance as well; which has prompted Qualcomm to look further and come up with a competitor of their own. Reportedly, this very competitor from Qualcomm, known as the MSM8228 is already in the testing phase!

Not only this, the upcoming chipset also boasts better power management, with up to 30% more efficiency when compared to other Cortex A7 based processors. Here’s how the chipset fares: 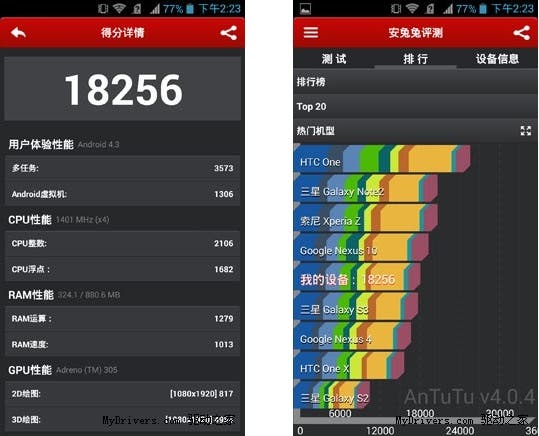 We have to admit, with more than 18,000 points on AnTuTu, the MSM8228 might be just what the doctor ordered for Qualcomm; support for 4G LTE would mean that Qualcomm gain an upper hand (Mediatek too are reported to be working on a 4G LTE chipset).

We don’t know for sure when we will be able to see MSM8228 powered devices. However, Qualcomm have just sparked off a very interesting battle which promises to make smartphones more affordable than ever before!