One of the most popular cloned device manufacturers, GooPhone, have now put up the GooPhone i5S on pre-sale for $149 on their official site. The GooPhone i5S is a clone of the popular iPhone 5S which was launched by Apple back in September. 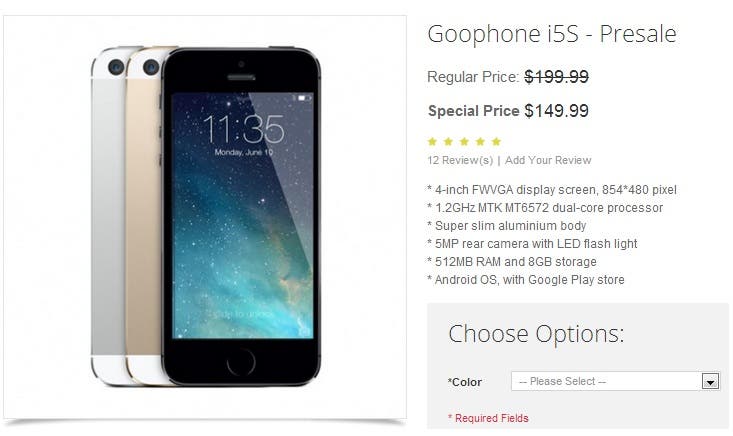 Although the phone is no match to the Apple adversary in terms of specifications, it does offer a taste of the real thing thanks to the sleek metal-clad body. The phone will come in 3 colors, namely White, Grey and Gold.