The 3 devices with resolutions of WUXGA (1920 x 1200p), FHD (1920 x 1080p) and HD (1280 x 720p) went through the AnTuTu Benchmark database, and returned impressive numbers. While the WUXGA display device scored the lowest 14,582 points, the FHD and HD devices impressed with seriously high scores of 28,198 and 27,442 respectively. What baffles us is that the FHD device scored more than the HD one, when we expected it to be the other way round! 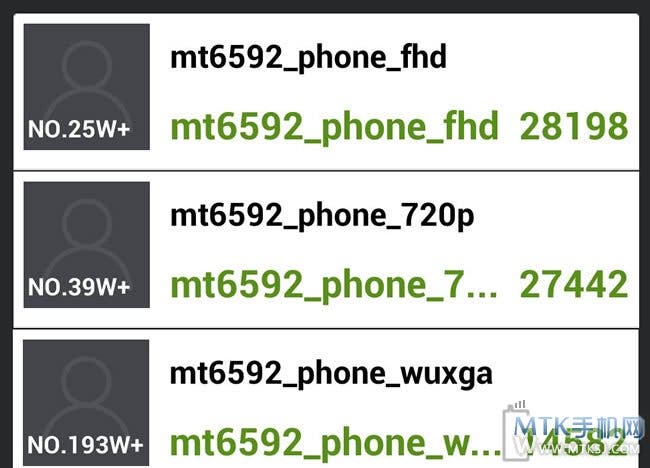 Another device, namely the Mlais MX69 Pro which is due a release soon scored 27651 points. The device, which is essentially a Samsung Galaxy Note 3 clone, is expected to be released on the 20th of this month.

Not long ago a video emerged online, showcasing a suspected Zopo 8-core device showed off some impressive graphics performance which reaffirms our belief of the MT6592 being a superlative graphics chipset as well.

Next TCL announce 8-core Idol X on its way