At the launch of the latest Zopo flagship phone, the 8-core MT6592 Zopo ZP998, I managed to get a few minutes alone with the phone and record a quick eye’s on.

The launch of the Zopo ZP998 wasn’t quite as grand as the Oppo N1, or as exciting as the Xiaomi Mi3, but the phone itself has actually turned out to be quite interesting. Featuring a 1.7Ghz 8-core MT6592 processor, 2GB RAM, 32GB memory, 14 megapixel F/2.0 rear camera, 5 mega-pixel front, 5.5-inch 1080 display, NFC, and 5Ghz WIFI the new Zopo is very much a feature packed piece of kit ! 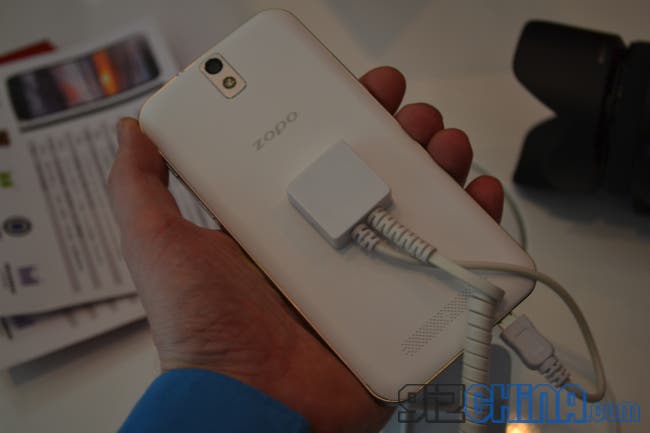 We shot this brief hands on with the phone while everyone was busy in the conference which will give you a better idea of the phone and some of it’s key functions.