Zopo announced their 8-core Zopo ZP998 yesterday afternoon and we managed to get some hands on time with it. Here are our first hands on impressions of the phone!

Before the launch of the ZP998 I had a rough idea what the new Zopo would have to offer in terms of specification. I guessed it would have the latest 8-core chipset, at least 2GB RAM, a 5.5-inch 1080 display and 5 mega-pixel camera, but I didn’t get all the details right! 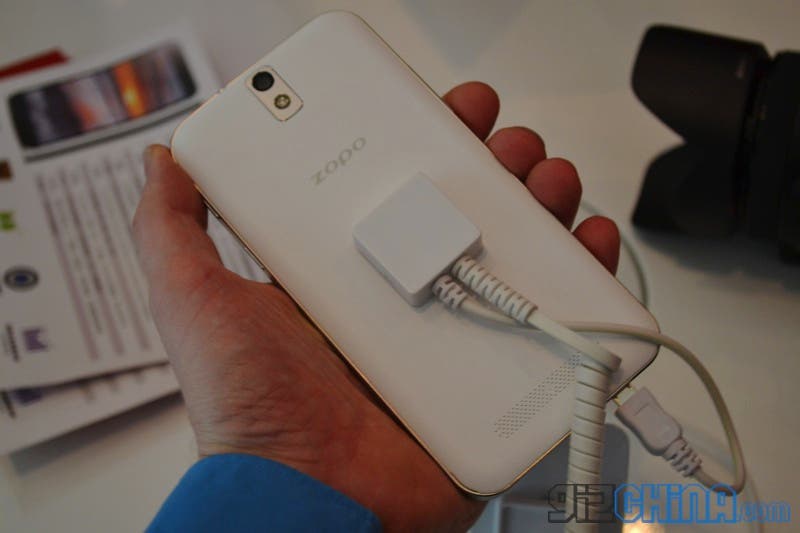 The first big surprise for me was the announcement of the rear 14 mega-pixel rear camera. The Mediatek MT6592 chipset can actually accommodate a 16MP shooter, but still a 14MP sensor was a surprise but even more so is the use of an F2.0 aperture! In theory the larger aperture and high mega-pixel sensor should allow you take high quality photos even in very log light conditions! I tried the camera in the bright indoor light of the show so can’t comment on low-light performance yet, but I can tell you that the speed of the camera and the auto-focus are better than anything found on current Zopo phones! 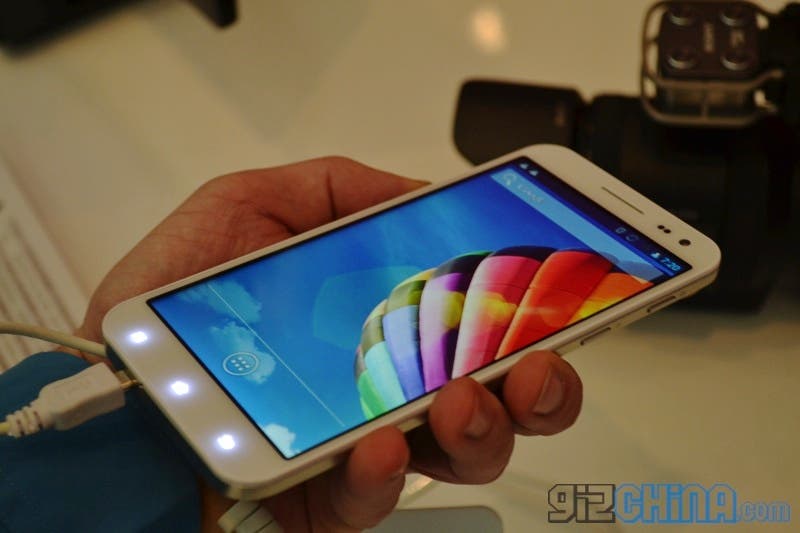 Other nice surprises are the inclusion of NFC which makes pairing to other phones and devices a breeze and 5Ghz WIFI for improved streaming performance over WIFI.

The Zopo ZP998 is an all plastic body, the rear getting a textured finish for better grip, essential for one-handed operation. We were unable to confirm if the ZP998 uses a steel chassis, but a quick bend test on the models at the launch did show improvement over the current ZP980/C2, but still not up to the study feel of other phones on the market. 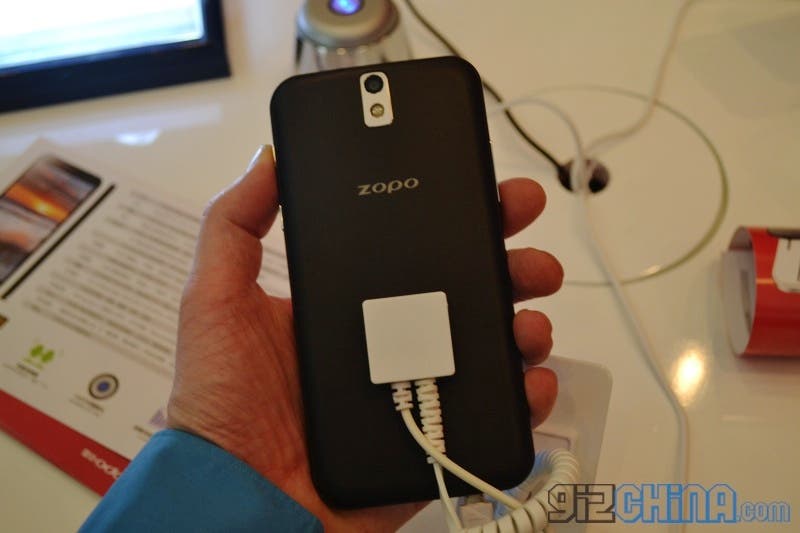 The Design of the ZP998 makes for a nice change. It is clear to see that Zopo have left behind the old Samsung inspired models in favour of their own style.

Another surprise was the updated Zopo ROM based on Android 4.2. The OS includes new Beautification options in the stock Camera App, new icons but most interestingly are the gesture commands which can be used from the lock screen. 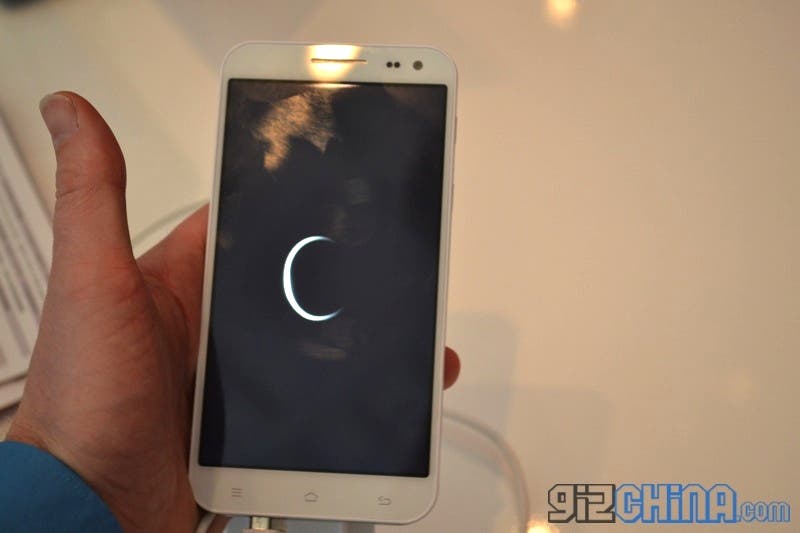 With the screen locked drawing a ‘e’ with your finger will bring up the Phone apps (C for Call), ‘e” launches the browser, ‘z’ wakes the device up plus it looks possible to add your own gestures in to the system too.

So with a 1.7Ghz 8-core Mediatek MT6592, updated GPU and 2GB RAM, just how does the flagship Zopo perform? Well with the apps we are ale to play around with at the launch the phone handled everything with ease.

Apps opened quickly, the camera performance was spot on, 1080 video playback super smooth… We were unable to play any games but from the Antutu scores we guess the phone isn’t going to struggle at all! 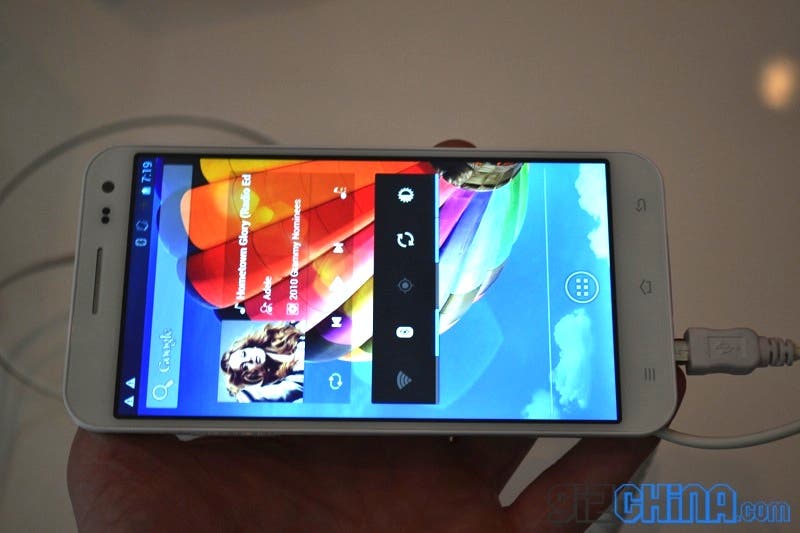 The ZP998 is a very special phone, Zopo have stepped things up a notch with this model and in all honesty the needed too. From the specifications alone and from our brief hands on we can say that Zopo have done a great job and it is by far the best Zopo phone to date!

We will hopefully receive a sample model soon so we can perform a full in-depth review.

Previous Could China be getting $130 8-core phones before the end of the year?

Next Xiaomi to launch their own 16 core CPU 19th December?