It’s no secret that Huawei are working on their next installment from the Ascend Mate series of phablets, and here we get a glimpse of how this phablet will look, and what it will have under the hood!

Those expecting a 2K screen please be in for some disappointment, since as per leaks the phone will come with a 1080p full HD screen with the same 6.1″ form. Computing and graphics will reportedly be handled by the in-house quad-core HiSilicon Kirin 910 processor that will operate at 1.6GHz alongside a Mali-450 graphics handler. RAM is expected to stay at the 2GB mark, which honestly is enough for another year or so with 16GB ROM + microSD expansion on the storage front. The original Ascend Mate proved to be a real monster on the battery department (people used the device to charge other phones!) with a humongous 4,050mAh unit, and we expect a bump in there too, but nothing on that as yet. 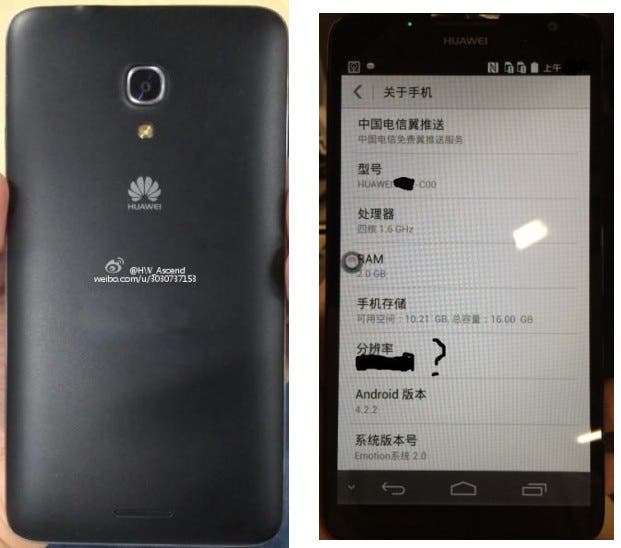 Coming to the software side of things, the phone should feature Huawei’s Emotion UI 2.0 atop Google’s Android v4.2.2, which is now more than a year old.

Next Next Huawei Glory to pack 8 core processor. But wait, it's the MT6592!