We had already posted that the Vivo Xplay 3S would launch on the 12th December, but now a new image from Vivo says the phone is coming on the 18th, so what is going on?

The original poster for the Vivo Xplay 3S launch stated that the new flagship Vivo phone with 2K display would launch on the 12th December, but now a new teaser says the date is the 18th, however these posters have some distinct differences.

The 12th December poster was written completely in Chinese where as the new poster is in English. this leads us the believe either the first poster was a fake, or that Vivo could be planning a launch for China and another for English speaking markets! 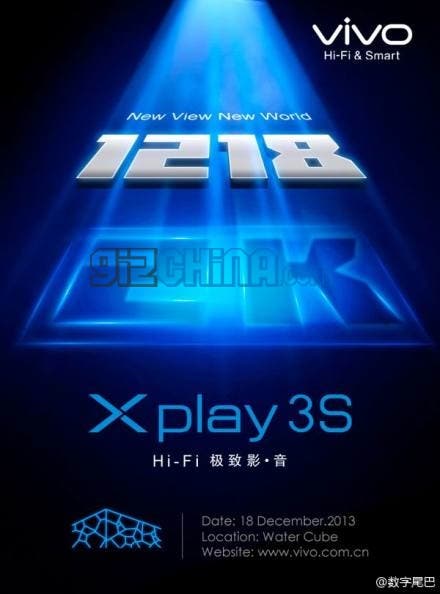 If Vivo were to launch the Xplay 3S internationally they would be following in the footsteps of Oppo and Gionee who also recently translated their launch for international fans.