Chinese phone maker iNew have just raised the bar! Their latest smartphone the iNew V3 is a true flagship phone with amazing styling and hardware! Full specifications of this 6.5mm phone here!

iNew have launched a number of smartphones this year, specifically targeting international phone buyers with their low prices, ease of availability and cost-effective hardware. No matter how wallet friendly previous iNew phone were though, they could never be described as good-looking, well not until the launch of the iNew V3 that is!

The iNew V3 looks like nothing else in the current iNew line up. The sleek body and rounded ends remind us of the Huawei Ascend P6, but that’s about it every other aspect of the design is original!

Starting at the front we have a 5-inch display, nestled either side by narrow screen bezel edges. The black, glass front panel is a nice contrast to the white rear which wraps over the phone at the top and bottom, and the silver sides where physical buttons are located.

A volume rocker is in easy reach when held in your right hand, while a small, round power buttons takes it’s place on the left. 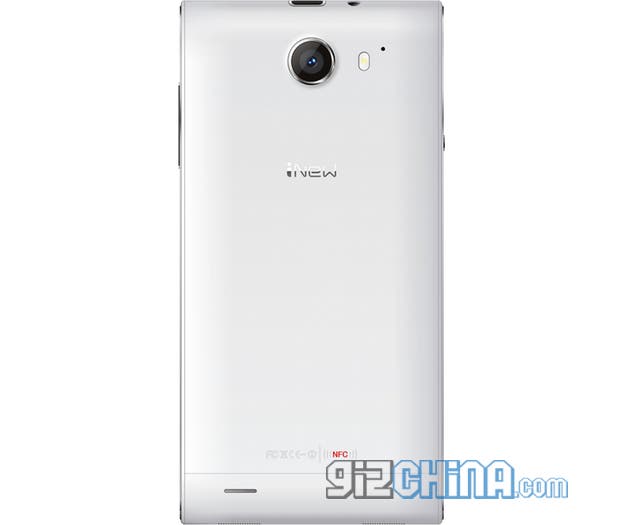 Turn the phone over and we get a simple white rear with logos identifying NFC support and a rear 13 mega-pixel camera with LED flash. 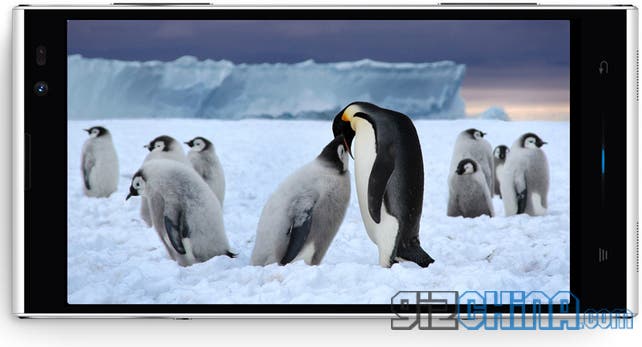 iNew have gone down the 5-inch 720p route for the iNew V3 with an aspect ratio of 16:9. The display is an OGS (One Glass Solution) panel making it around 30% thinner than standard, and gets a scratch resistant finish thanks to Corning Gorilla Glass 2.

While most phone makers would go for a 1080 display, iNew have gone for a lower res display to reduce the overall price of the phone while adding neat features such as ultra-sensitve touch allowing wet fingers or gloved hands to work with the display.

Another reason for using the 1280 x 720 display is so iNew could make use of Mediatek’s MT6582 quad-core processor. We have already seen this 1.3Ghz chipset perform very well in similar phones with Antutu benchmarks of up to 17,000 points.

The processor is a budget high-performance model which supports up to 720p displays, giving you great performance at a good price and leaving room in the budget for updated camera hardware.

The MT6582 also gives the phone dual-sim support, in this case support for GSM and WCDMA 3G networks.

1GB RAM and 16GB memory might be the only real disappointing features of an otherwise great looking and well specced phone. In use 1GB should be enough for most of us on a daily basis, but 2GB would also give you that extra boost need for gaming and multitasking.

16GB of built in memory is a shame, but hopefully the phone will support SD card expansion (we have been unable to learn this yet).

The V3 get’s better than standard camera’s when compared to similar phones. In fact the main camera on the V3 is better than those found on many ‘flagship’ devices! A Sony Exmor RS sensor has been chosen to perform main photo taking duties. The 13 mega-pixel sensor is equipped with a large F/2.0 aperture, 28mm wide-angle lens, IR filter and there is a Philips LED flash for night photo. 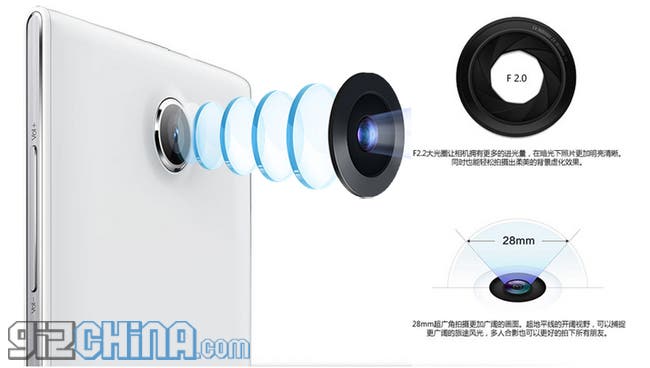 Those of you who enjoy a selfie will be happy to learn the V3 has a 5 mega-pixel F/2.2 camera which should be more than enough for posing in the coffee shop or making a video call. 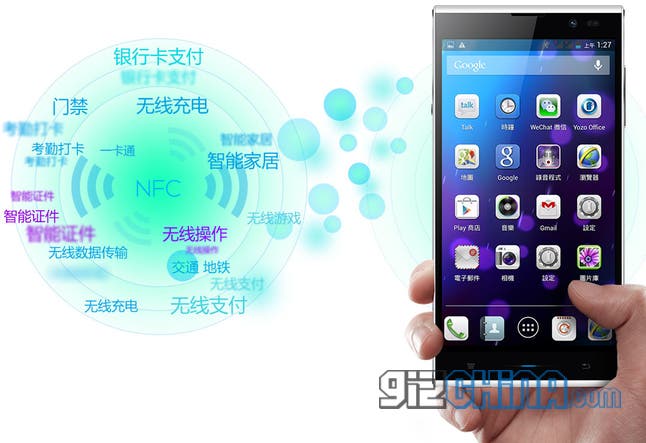 iNew haven’t announced the launch date or pricing details for their extremely thin flagship phone, but from the hardware we expect a price of around 1400 Yuan ($230).

We’ll bring more iNew V3 news as we get it!