Have you been pouring over the latest Android phone specifications and discovered the term Wi-Fi Direct and wondered what it is? Then this is the place to be! Keep reading what Wi-Fi direct is and how you can use it.

Redcent innovations in Android device technology has seen manufacturers removing cables from the equation. Wireless charging means one less cable for topping up power, and features such as NFC and Bluetooth mean sharing data can be handled wirelessly too, and now there is Wi-Fi Direct!

What is Wi-Fi Direct? 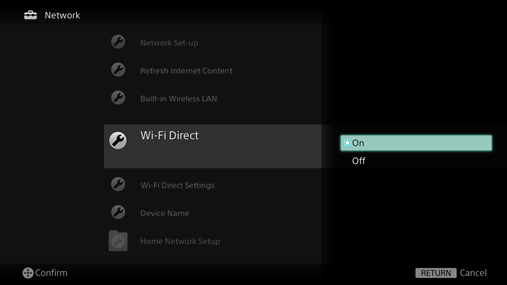 Simply put, Wi-Fi Direct is Wi-Fi without the need of a wireless router or an internet connection. Wi-Fi Direct is an industry standard which is monitored by the Wi-Fi Alliance who hope to see the standard find it’s way in to more devices over the coming years.

How can we use Wi-Fi Direct?

Basically Wi-Fi direct creates an Ad hoc Wi-Fi network between enabled devices (without the need of a wifi connection or router). It is simple to set up in many ways is similar to Bluetooth.

What can we use Wi-Fi Direct for?

Wi-Fi Direct is used to allow device which are connected to communicate. So anything which can be transmitted over Wi-Fi can also be transmitted through Wi-Fi direct. For example, sharing photos, printing documents from your phone to a printer, gaming, moving media.

Why have Wi-Fi Direct, bluetooth and NFC?

It might seem odd to have so many different ways for device to communicate, but the addition of Wi-Fi Direct is a very useful one.

Wi-Fi Direct doesn’t need any additional hardware, so in theory (if the OS you are running allows it) you can use WI-Fi direct on your current smartphone and tablet now. On the other hand NFC needs additional hardware to work which not all device have yet, also Wi-Fi direct can transfer data over larger distances, and if a wireless router is available this distance can be increased.

Wi-Fi direct is also very easy to set up either by using a simple PIN number to allow devices to connect, or in some cases a physical button which when pressed on both devices at the same time will allow a connection.

With Android smartphones now coming with NFC, Wireless charging, Wi-Fi Direct and more, we will soon no longer have any need for all those USB data cables we have lying around!

Previous 5 Reasons you should buy a Chinese Android smartphone!

Next FAEA offering $30 off open source FAEA F2 and F2S