Earlier this year Mediatek launched the 8-core MT6592 for smarpthone use, and now Android tablets are going to receive some octa-core goodness with the new 8-core MT8392 chipset.

Spotted in Antutu benchmark results in a test unit named “mt6592_tabletp1_v1”the new 8-core MT8392 chipset scored a whopping 28,904 points. Details recorded by the Antutu benchmarks database tell that a Mali 450GPU is part of the SoC and the prototype tablet has 1GB RAM and a 1290 x 800 display. 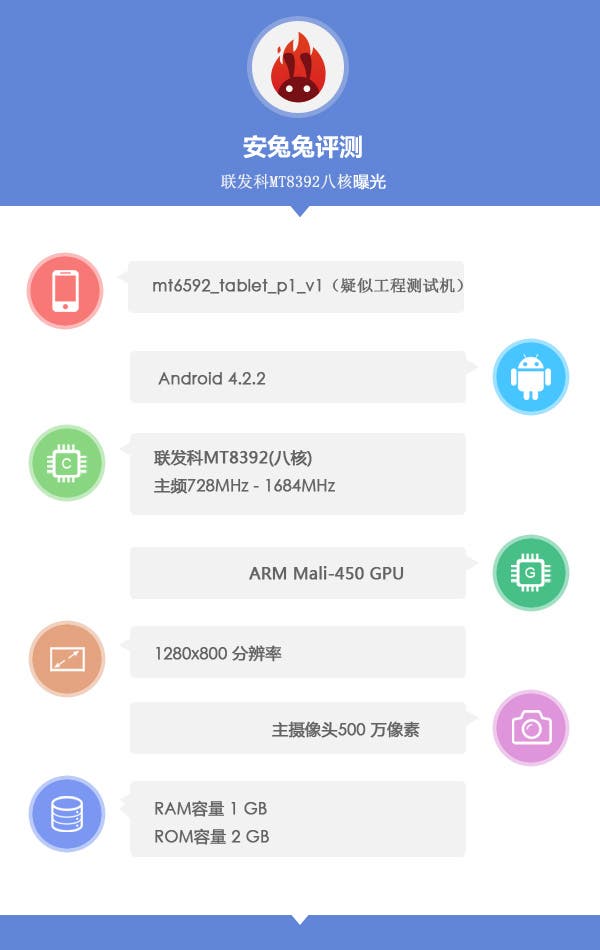