Hisense X1, the large screen smartphone we talked about two days back, just showed off its processing prowess to the world. The large-ish smartphone was benchmarked using AnTuTu at the CES.

AnTuTu Benchmark results of the device have surfaced showing the device’s capabilities. However, being a Snapdragon 800 device that the Hisense X1 is, it is in no way a surprise to us. The device scored 33,008 points on the popular benchmarking app, finding itself in the league of high-end devices like the Gionee Elife E7, Google Nexus 5, etc. 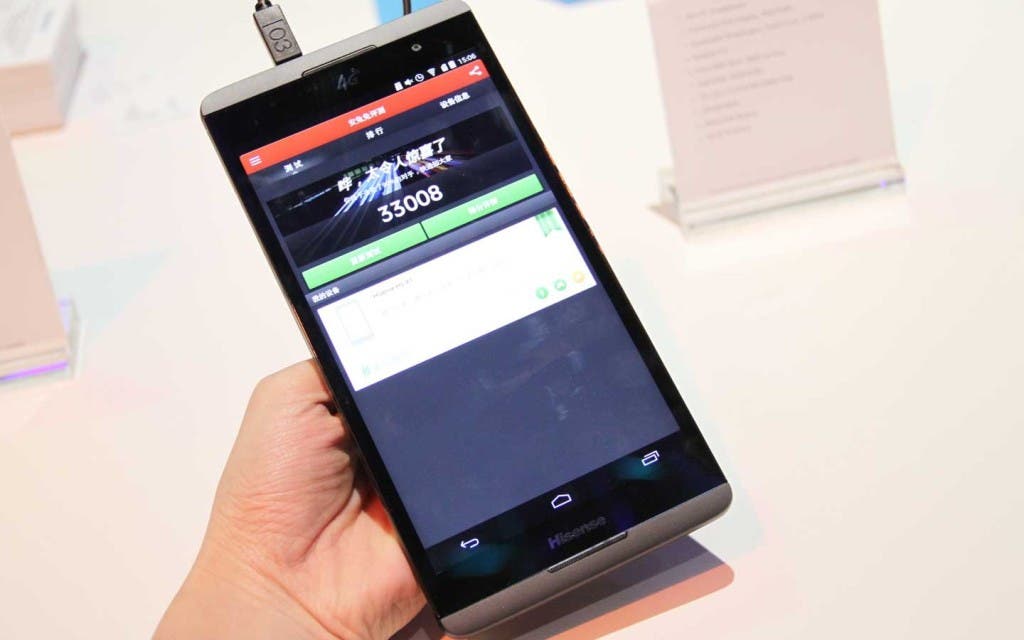 To remind you of Hisense X1’s specs, it comes with a 6.8-inch FHD display, Snapdragon 800 processor, 2GB RAM, 13 mega-pixel camera, and a 3,900mAh battery to feed the powerful internals. The device was showcased as the CES 2014, not long back.