Chinese phone maker Neken has released it’s first octacore phone of the year! An updated version of the Neken N6+ with 5-inch 1080 display for less than $300!

Neken had considerable success last year with the Neken N6 flagship smartphone. For 2014 the company has breathed new life in to the N6 by upgrading the quad-core chipset to the latest 1.7Ghz MT6592 octacore from Mediatek.

The Neken N6+ might have a design which is almost 12 months old, but the handset still looks up to date even when compared to newer phones from Zopo and THL. Specifications are on par also as the N6+ boasts an IPS display with a pixel density of 441ppi, 2GB RAM, 32GB memory, 13 mega-pixel main camera and 5 mega-pixel front. 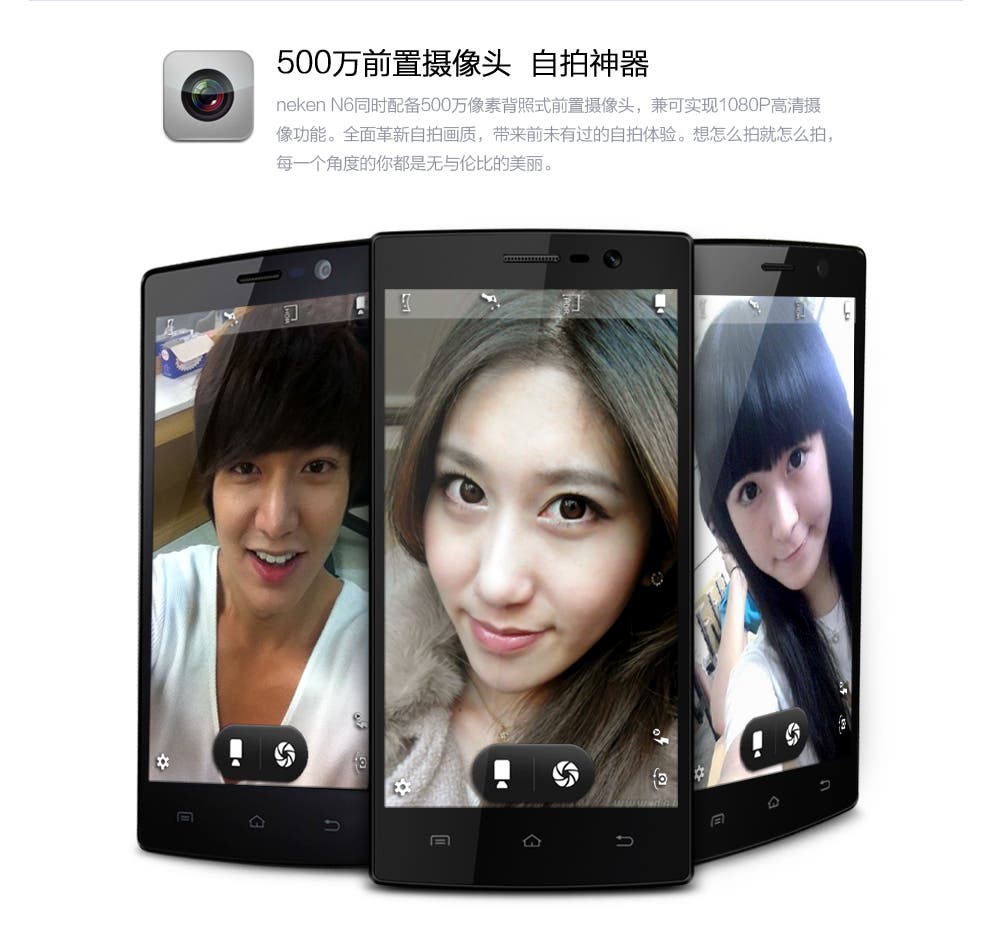 As with most Mediatek phones, the Neken N6+ also packs dual-SIM support and a micro SD card expansion bay.

On paper the N6+ looks like a great buy especially at just $288.45 for international customers, however we are a little concerned by the inclusion of just a 2000mAh battery and lack of NFC is also a shame!