India’s Micromax at the fore again, this time with a smartphone that not only allows you to make calls, but also pays you to watch ads!

The tagline that follows the model name in the device’s renders aptly reads “Get proud to be mad about ads“. The payout system is powered by an app called ‘MAd’ which comes bundled with the device. Users complete a one-time registration, after which they are paid to watch ads on the device. Credits earned this way are later converted to local currency, which is transferred to the user’s post/pre-paid accounts. 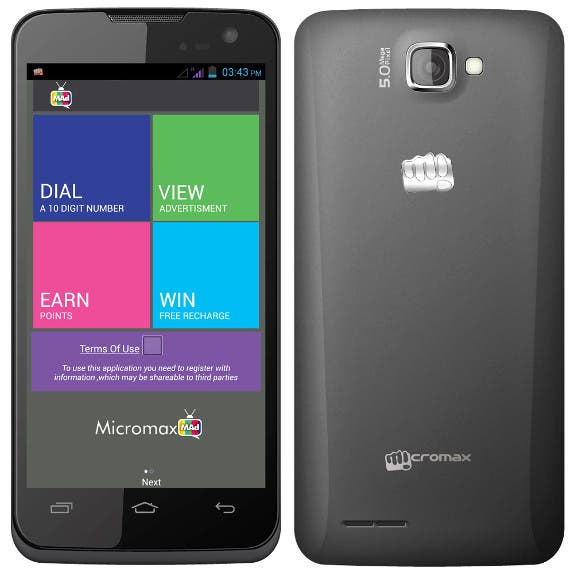 The Canvas MAd A94 comes with a 4.5-inch FWVGA display along with a 1.2GHz quad-core processor and 512MB RAM. Imaging is handled by dual 5 mega-pixel cameras, and powered by a 1800mAh battery.