Gionee officially launched the Elife E7 mini with Oppo N1 style rotating main camera in India a few weeks back, since then nothing much about the phone has been said so we thought we would revisit the smart Mediatek powered device with some hands on photos and spec details.

Gionee are certainly learning from their competitors on how to produce competitive devices and grab attention. Like Oppo, Gionee have decided to concentrate on producing attractive phones which boast advanced camera features which we can see in the 16 mega-pixel Gionee Elife E7 and this, the Gionee Elife E7 Mini. 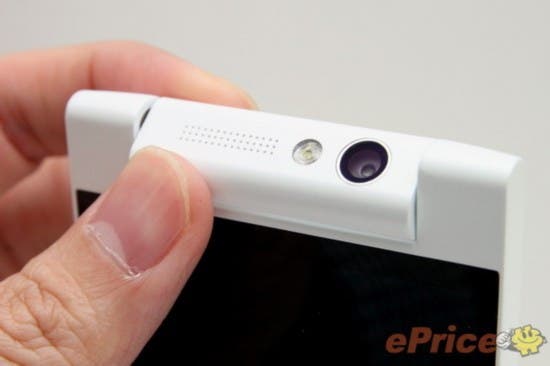 While it is easy to point a finger at the Gionee Elife E7 mini and claim that the rotating camera is just a copy of what if found on the Oppo N1, we can actually confirm that leaked images of the E7 mini were published ahead of the N1’s launch. 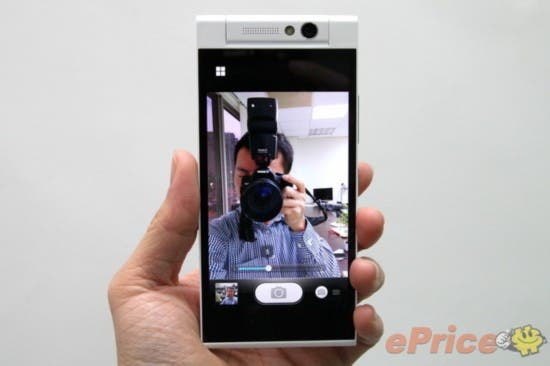 The Elife E7 has a rock solid set of specifications and unlike most ‘mini’ phones, the hardware on the E7 Mini is actually pretty good. For starters the processor is a 1.7Ghz octacore Mediatek chip, there is also 1GB RAM, 16GB memory, 13 mega-pixel camera and a 4.7-inch 720p display. Obviously we cannot compare it to the Oppo N1, but for 1800 Yuan ($297) it’s a solid set up. 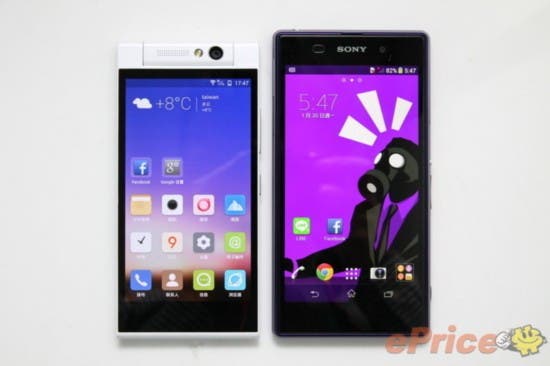 While the N1 is a rather large phone, Gionee have managed to create a more compact design for the swivel camera phone. Obviously the smaller 4.7-inch display helps to keep the body narrow, but the narrow bezels also prevent the phone from become overly large. 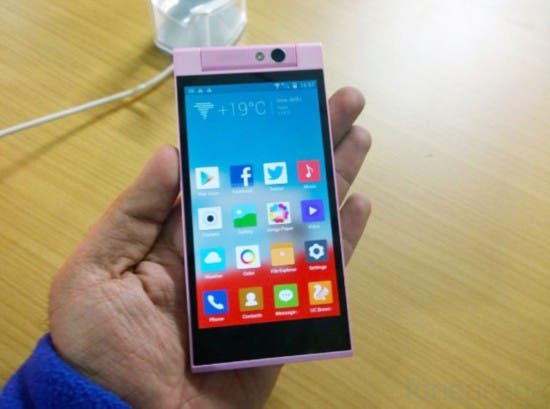 Like most modern Android smartphones the Gionee Elife E7 mini has capacitive touch buttons to navigate through it’s Android opening system (The E7 runs Amigo 2.0 based on Android), but the top strays away from the norm in favour of a rotating camera pod with 13 mega-pixel camera, single LED flash and speaker. 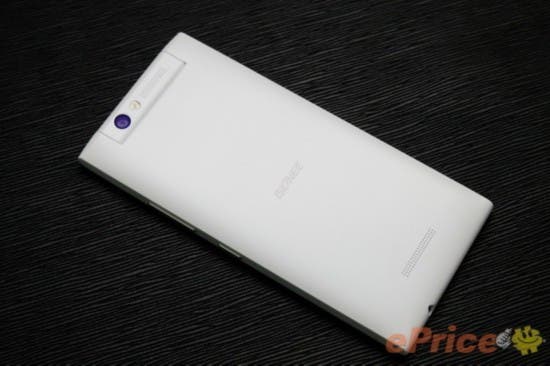 While we are not fans of the rear of the larger Elife E7 flagship phone, we do like the simple look of the Gionee Elife E7 mini’s rear. the nice clean design looks great and the matte finish also looks much better than the glossy coating on the costlier phone. 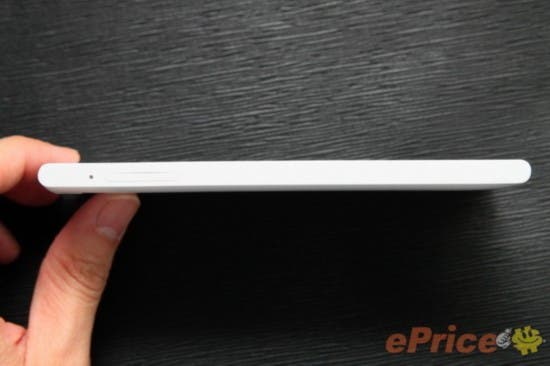 The Elife E7 mini is built using unibody construction and looks a lot like the Elife E6 from the side. The flat edges and rounded ends look really great, similar to the Huawei Ascend P6. In this photo we can see the SIM tray located on the left side of the phone. 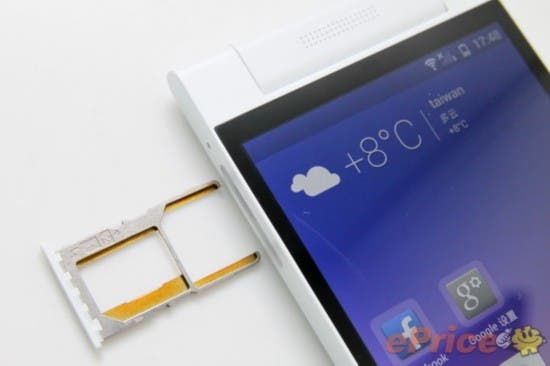 Other than the rotating camera, narrow body and stylish design, another great feature is the dual SIM support. The single sim tray can be removed and a micro SIM and standard SIM can both be installed at the same time. 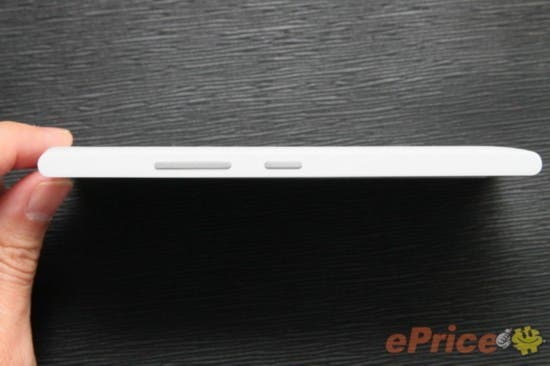 The right side of the phone is where we find the power button and volume rocker. This is personally my favourite location for these buttons as they can easily be pressed with your thumb or index finger and the location means it is less likely to take accidental screenshots. 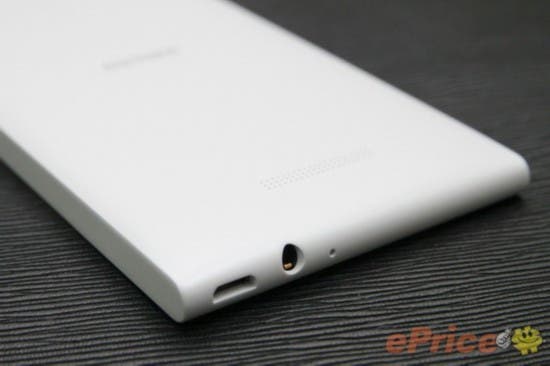 With the rotating camera occupying the top of the phone the a micro USB and 3.5mm headphone jack are both located in the base.

As mentioned above, we haven’t heard anything about the Gionee Elife E7 mini once it was launched in India, however there are rumours that Gionee will release a new phone in China soon and the Mini could be it!

We will keep an eye on news and once we get our hands on the phone will write-up our impressions.