Huawei announced the MediaPad X1 7.0, which in a way attempts to cover up the shortcomings seen in previous tablets from the Chinese manufacturer.

As you’d have guessed, the MediaPad X1 7.0 comes with a 7-inch screen that packs a 1920 x 1080p full HD display, a quad-core 1.6 GHz Cortex A9 Hisilicon 910 Kirin processor with 2GB RAM and 32GB ROM, an ARM Mali-450 GPU and boots Android v4.2 Jelly Bean out of the box. It isn’t completely clear at the moment, but the device seems to have variants that have support for GSM and WCDMA. 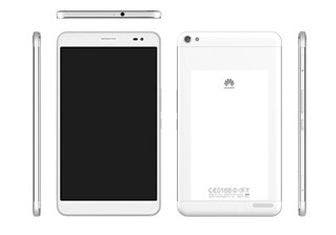 The tablet is expected to feature just 7.5mm of thickness and 239g of weight. No word on pricing or availability yet, but the device is set to hit the Chinese market this month.

Previous GizRom gets ported to the octacore Zopo ZP998