The LG G3 is expected to launch later this year, that much is a given. After that things get a little more fuzzy, with conflicting rumors and LG’s G2 Pro still floating out there, it is a little tough to keep track. While what we think we know about this phone is significantly less than what we think we know about the HTC One 2, the LG G3 is just as highly anticipated.

Everything below is, at best, a rumor, and at worst my educated guess based on those rumors, so take everything here with a grain of salt. With that in mind we present Everything We Think We Know About The LG G3.

A Tale of Two Phones:

There are two phones on the docket for LG, and confusingly enough, they are both rumored to be coming soon. The LG G2 Pro is the mid cycle update to the LG G2. Rumors had it being revealed at the Mobile World Congress in Barcelona later this month, but now it appears it will be announced on the 13th. While previous rumors had the LG G3 launching then. Either way, the plan is to steal some of Samsung’s Galaxy S5 thunder. The problem is, you can’t launch two high end phones on the same day. And both of them are rumored to be very high-end.

It seems all but certain that the LG G3 reveal will be at a later date.

Like the LG G2 Pro, the G3 is expected to have an eye-melting Quad-HD (2560×1440) screen. It is also expected to grow in size compared to its predecessor, up to 6 inches. The mobile world seems to have hit a bit of a resolution arms race, just last year 1080p was the top of the line for smartphones, now it appears that is an unacceptable resolution for high end sets. We should expect to see these kind of high resolution screens in the flagship phones of every major manufacturer, and LG is no exception.

According to ZDNet’s Korean division, the LG G3 is expected to utilize an Octa-core 2.3Ghz ARM CPU with big.LITTLE architecture. It is also rumored to sport an impressive 16MP camera. No rumors have commented on other specs, but the G2 sported 2GB of RAM, look for LG to up that to 3-4GB. As for storage, 32 – 64GB seems reasonable considering the G2’s 32GB internal memory. 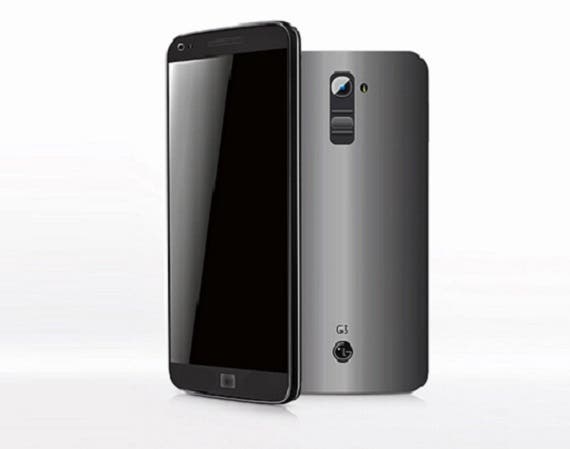 All that power is likely to drain the battery pretty quickly, even with the big.LITTLE architecture. The increased screen size will give LG a little bit of room to work with in that regard. The G2 shipped with a 3,000mAh battery, the G3 will likely come with at least a 3,200mAh battery or higher.

As mentioned, the LG G2 Pro is expected to be announced this month, so despite early rumors, do not look for the LG G3 at the Mobile World Congress. Instead, expect the LG G2 Pro and Samsung’s Galaxy S5 to go head to head at that trade show.

So when will we see the LG G3? Most of the rumors point to May 11th as the date. Many of them list that as the release date, but I personally don’t see LG releasing a new flagship phone less than three months after it announced its last one.

Rather, I would expect LG to announce the LG G3 on May 11th, in response to the Galaxy S5 being released around then. Its release could then come in June or July, closer to its predecessor’s August release, but still early enough to not be preempted by the Galaxy S5 completely.

We will keep you up to date on everything LG G3/ G2 Pro related.