An anonymous tipster has sent in these Samsung Galaxy S5 Antutu benchmark which confirms the phone will have a 16 mega-pixel camera, and further details.

It is believed that Samsung will be launching their flagship Galaxy S5 at the Unboxed event. There have been plenty of rumours as to what the Samsung Galaxy S5 might have in store for us, while nothing is for sure these purported Antutu benchmarks attempt to shed some light on things. 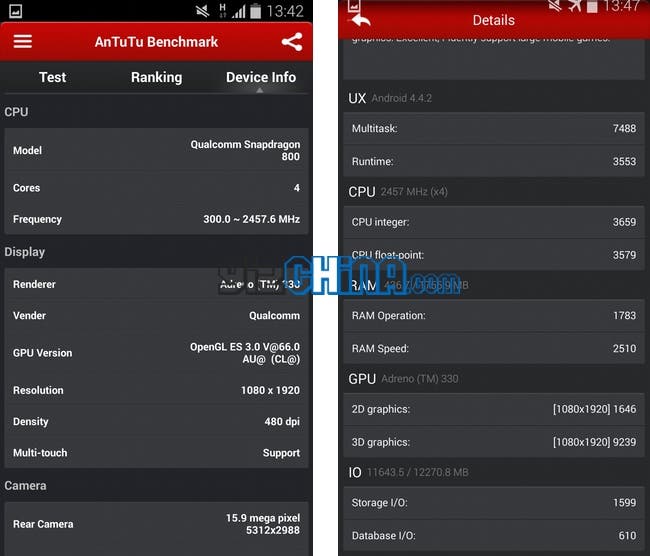 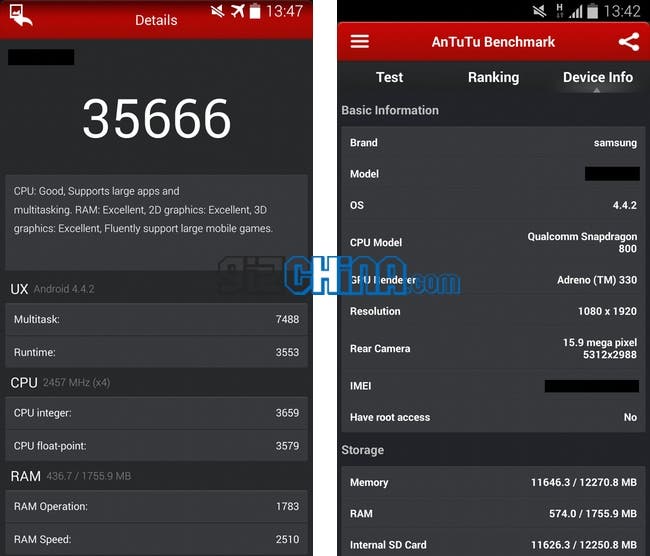 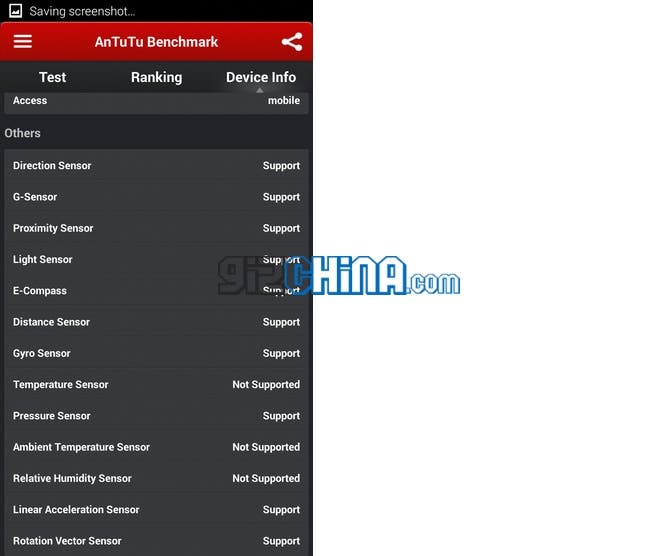 Looking over the screen shots, whilst reaching for our pinch of salt, we can learn that the Samsung Galaxy S5 will have a 1920 x 1080 FHD 1080p display, 2GB RAM, Snapdragon 800 processor running at around 2.5Ghz, and have a 16 mega-pixel rear camera.

The Antutu benchmarks of the Galaxy S5 are 35,666 points which makes the next generation flagship Samsung more powerful than the Note 3, Sony Xperia Z and Xiaomi Mi3!.

Thanks to our anonymous tipster for the screenshots!

Previous Everything We Think We Know About The LG G3, LG G2 Pro

Next Money no object: Best Smartphone to buy!