Top 5 Android gaming handhelds you can buy now! Specifications, details and more of the best Android games systems on the market today!

Many people have no idea how flexible of an operating system Android is, and don’t think much of it outside of smartphones and tablets. What they don’t know is that there are so many other devices that use Android going from Google Glass and the Neptune Pine Smartwatch all the way to gaming handhelds, which are the main topic of this countdown. As you can see from the background of my blog, I have a certain obsession with Android powered handhelds, mainly because they’re cheap, can handle a lot of emulators and it just feels so good to play Android games like NOVA 3, Shadowgun: Deathzone and Anger of Stick 2 with physical controls. So, without further a do, here’s my top 5 Android gaming handhelds.

Before the iReadyGo Much i5 (horrible name), there was a serious lack of 5-inch Android handhelds. Every manufacturer was going towards larger 7 inch displays that were less portable and not as comfortable as smaller handhelds. It was no wonder a huge part of the Android gaming handheld community rejoiced at the sight of the first 5-inch device since the older dual core times.

It’s main selling point was that it could be used as a phone as well as a gaming device. There were problems though, with the main issue being that the MTK6589 processor powering the device was growing rather obscure at the time. It was still a much loved handheld though, and is probably one of the main reasons for the increase in 5-inchers in the recent months. 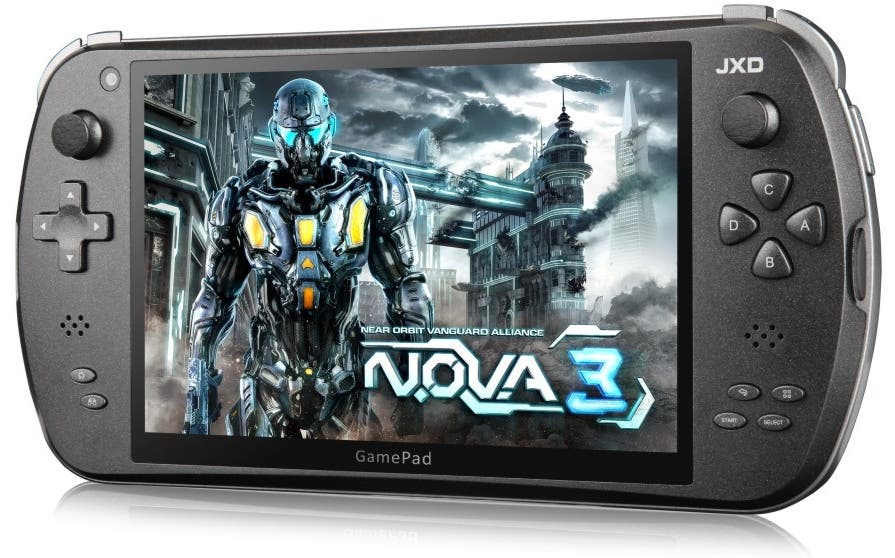 JXD is undoubtedly the most infamous Chinese Android gaming handheld manufacturer on this list. In the past, back when most handhelds had resistive touch screens, JXD and Yinlips (now fading to nothing) were the two brands that constantly went head to head with each other. Time passed and JXD launched what was once the most popular device, the JXD S7300. It had a higher resolution that other handhelds, a larger display, a dual core processor, and a beautiful D-Pad.

Fast forward a couple of months later, and the successor to the S7300 was born, the JXD S7800. There are tonnes of good things I could say about this handheld, like it’s separate dual analogs and it’s dual shoulder buttons. Unfortunately, it had rather buggy software and didn’t sell as well as it’s predecessor. Now, after a bunch of updates and such, the S7800 is a great handheld, but it’s also one of the pricier ones too.

The iBen L1 was the first quad core gaming handheld on the market, and received wide praise from the likes of bloggers like Hailrazer and Spanish blogger Manguiro. The device was well built, fast, comfortable to use, large and had a beautiful display. The device has recently gone into obscurity, but it’s still a good buy none the less. 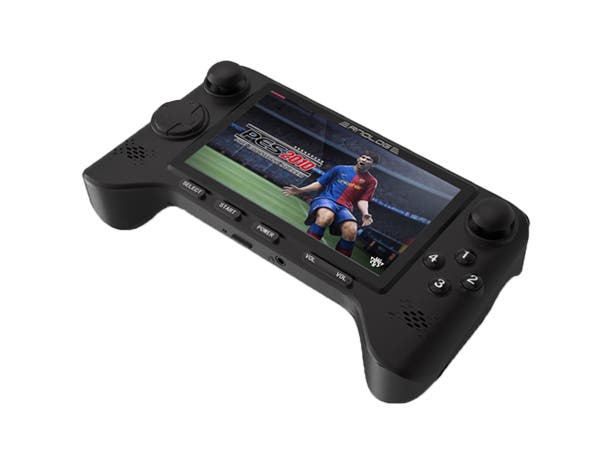 The GPD G5A is the newest device on this list, and it’s here for a good reasons. It brings everything that made the old handhelds great with a fantastically ergonomic and familiar design. Not only is it fast thanks to the RK3188T processor and it’s 480p resolution, but it also has extremely comfortable analog sticks and a very responsive, albeit loud D-Pad. Sure, the screen could use improvement, and there aren’t any vibration motors in it, but for what it is, it’s one great device. 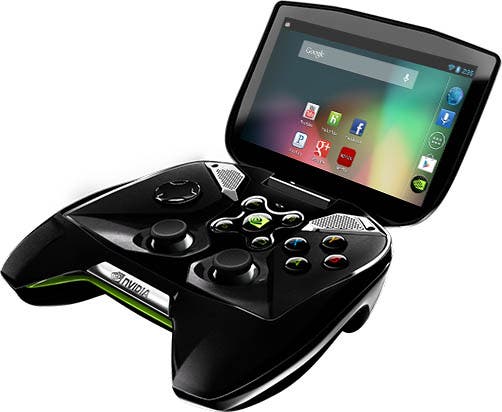 Arguably the greatest Android handheld available, the Nvidia Shield simply blows everything else out of the water. The monstrous processing power, the advanced graphics, PC streaming, Android, the Nvidia Shield has it all. What it doesn’t have, however, is the low price tag of the devices above. If you can afford one, then go for it. If not, then any of the other devices above may work as well.

And there you have it. My top 5 Android  gaming handhelds. Feel free to post your thoughts and opinions in the comments below. If you think there’s a device that I should’ve included then you can post it in the comments section as well. Thanks for reading guys, peace out!

Previous Asus VivoTab Note 8 with Windows 8.1 launches in the US and Europe

Next MIUI V5 update now available for the JiaYu G5