Xiaomi’s popular Hongmi phone has been given an official English name. The 799 Yuan phone will know be known as the Xiaomi Redmi.

Xiaomi’s budget smartphone hasn’t had an official English name, so fans have had to resort to calling it buy it’s Chinese name which written in Pinyin is Hongmi (meaning Redrice). This isn’t the name which Xiaomi hope English speaking fans will use though so today have officially renamed the phone as the Xiaomi Redmi. 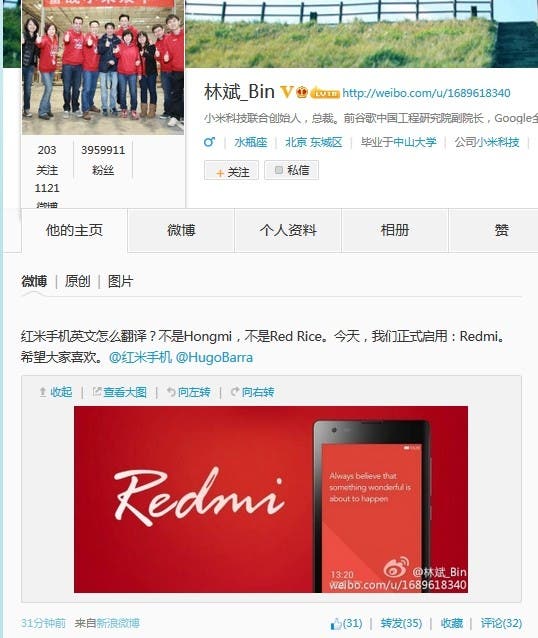 Redmi, a mixture of English and Pinyin, is hardly the most inspiring name in the world, however the fact that Xiaomi have renamed the phone for English speaking customers means a launch in Singapore and elsewhere could be coming sooner rather than later.