Since the Oppo Find 7 launch date was announced details of a second Find 7 model have been circulating the web, today more evidence a second flagship Oppo phone is published.

According to Oppo the Oppo Find 7 will get a 5.5-inch display with a resolution of 2560 x 1440, so it came as quite a surprise to Ofans when a 1080p FHD Oppo Find 7 appeared in the Antutu database!

Other specification details such as the front 5 mega-pixel front camera, 13 mega-pixel rear, 3GB RAM, 16GB internal memory and Android 4.3 are the same on both versions of the phone. 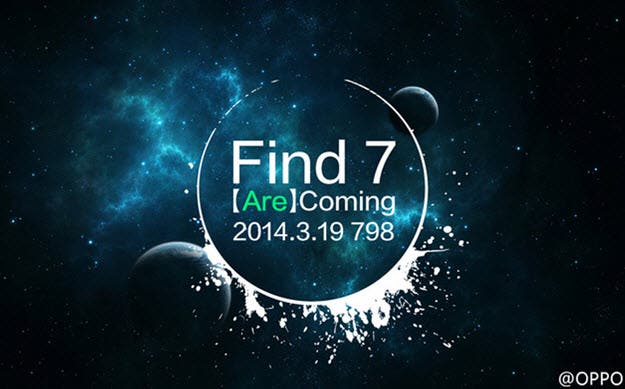 Oppo will officially launch the Oppo Find 7 (both of them?) on 19th March in Beijing.