A little over a week back, we reported about a WhatsApp update for Android that lets users hide their last seen timestamps. If reports are to be believed, the now-Facebook subsidiary is all set to roll out a similar update for Windows Phone users.

wpcentral reports that the above mentioned update is already in private beta, with a select list of users testing out the functionality. What is heartening to see here is that WhatsApp is giving Windows Phone its due share of interest even though the Microsoft owned operating system is nowhere as popular as iOS and Android, two major platforms which have already received the functionality in question. 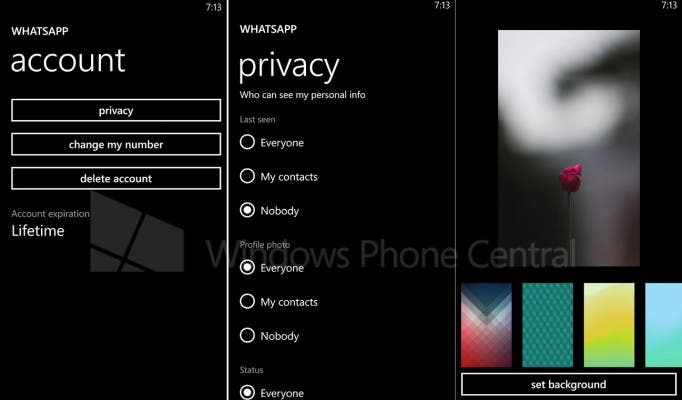 Back to the update per se, it reportedly will allow WhatsApp users to not only hide their last seen timestamps, but also their Status, and Profile Picture (as seen in picture). The users groups will be the same as we saw on Android – ‘Everyone’, ‘My Contacts’ and ‘Nobody’.

No word from WhatsApp on this, but you can expect a stable version of the update to start rolling out for WP devices within a few weeks.