Huawei is full of surprises lately but we were not expecting their all new Kirin 920 octacore SoC to be more powerful than the mighty Snapdragon 801!

Earlier today we posted the leaked details of the Huawei Kirin 920 processor which will has 4 x Cortex A7 cores combined with 4 X Cortex A15 which gives enough power to run next generation screen at a resolution of 2560 x 1440 and support 32 mega-pixel cameras (more details here).

With the specs leaked it was only a matter of hours before the first benchmarks of the Kirin 920 hit the web, and they are impressive to say the least! Huawei have created a processor which is not only worthy of their next flagship device, but also worthy of any other manufactures next gen phone (if that were possible!). 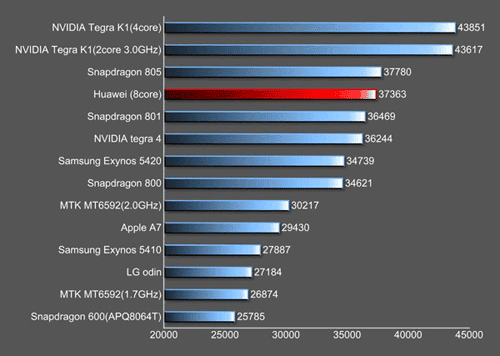 Impressive stuff! Which makes us even more curious about this next gen Huawei beast we have yet to see!