In contention for the thinnest Android smartphone in the world, the Gionee Elife S5.5 was launched a few weeks back in China. After that, the device was showcased to the world at the MWC where it gained immense popularity.

The very device is now ready to be shipped to the neighbouring shores of India, a market where Gionee has managed to build a strong presence. The Elife S5.5 is set to be launched in the country on the 30th this month, with an expected MRP of about 22-25,000 INR. 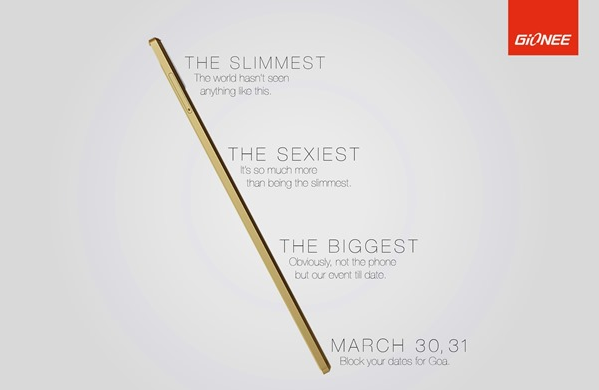 True to its name, the device comes with a 5.5mm thin body, clad in aluminium for the extra rigidity that would be required. Apart from this, the octa-core processor that the Elife S5.5 houses manages to grab your attention. Yes, it is the same MT6592 from MediaTek that we’ve been seeing for the past month or so, but there aren’t many devices based on this SoC that are available in markets other than China.

The octa-core processor is backed by a solid 2GB RAM, along with other internals including 16GB on-board storage, a 13 mega-pixel rear camera, a 5 mega-pixel front camera and a 2300mAh battery, all of which sit beneath a 5-inch 1920 x 1080p full HD screen. You can learn more about the Gionee Elife S5.5 here. 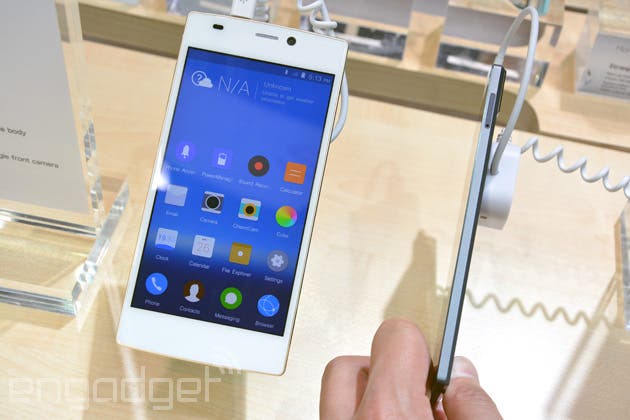 As you would expect, the phone comes with Gionee’s version of Android which they choose to call ‘Amigo 2.0’, based on Android v4.2 Jelly Bean. The device would join the likes of Micromax Canvas Knight and Intex Aqua Octa on the list of octa-core smartphones that are already on sale in the country.

Previous Video: Pete Lau interviewed, speaks about the OnePlus One and OnePlus in general

Next Pantech might be first customers of the Snapdragon 805!