The slender JiaYu S2 smartphone from JiaYu is currently winging its way to the GizChina offices, here are a few new additional details.

The JiaYu S2 is certainly no secret in Chinese smartphone circles. The devices has been seen in numerous photos, and has even received its network license, however is scheduled for launch until after April! 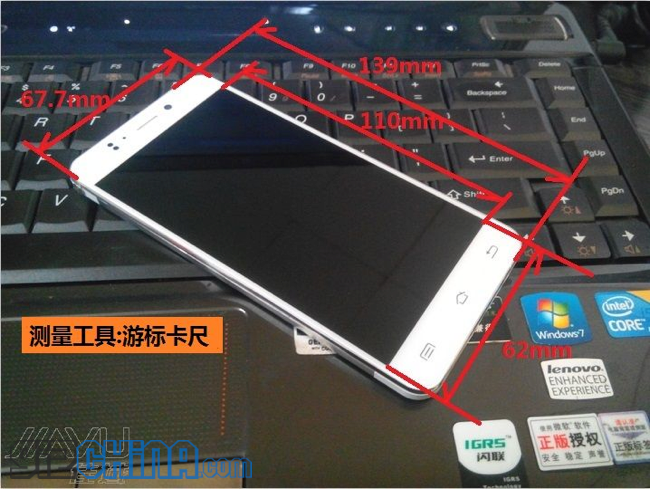 The good news is that demo and review units of the JiaYu S2 have been sent out today and we will be receiving this 6mm thick octacore phone in the next few days. JiaYu have also given us more info about the specification of the new phone, details below.

The first generation JiaYu S2 will come with a 1.7Ghz Octacore processor running at 1.7Ghz with a choice of either 1GB RAM or 2GB RAM. There will also be choices of either 16-32GB of internal memory, plus space for a 64GB SD card should the built-in storage not suffice.

A 5-inch OGS 1920 x 1080 display has a tough Corning Gorilla Glass coating, and is promised to have slender bezels each side helping to keep the width down to just 67.5mm. Sony supplies the 8 mega-pixel front camera, while the back illuminated 13 megapixel rear is a CMOS unit from Panasonic. 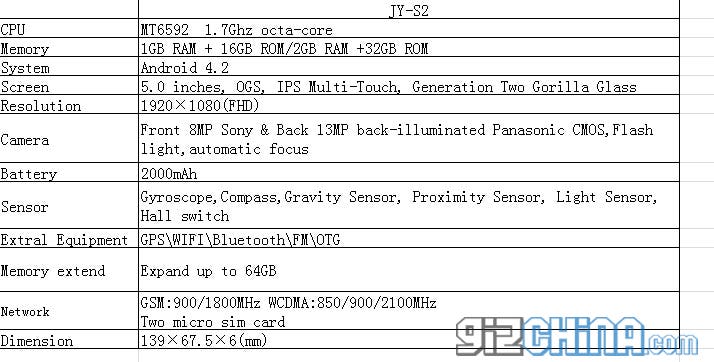 As soon as the phone arrives I’ll get it i front of the camera.