One would usually associate Chinese electronics with a comparatively better value for money ratio, but what the Xiaomi Redmi Note does for a device that’s expected to sell at about $160 is simply surprising.

Benchmarks scores of the device on the AnTuTu app have surfaced, and as expected the Xiaomi Redmi Note is far, far ahead of other devices in its (expected) price range. As you might be aware, the device is scheduled to make an appearance in two distinct specification sets — one with a 1.4GHz octa-core CPU and another with a 1.7GHz one. What we have here are scores of the 1.7GHz version, which are in excess of 28,000 points! 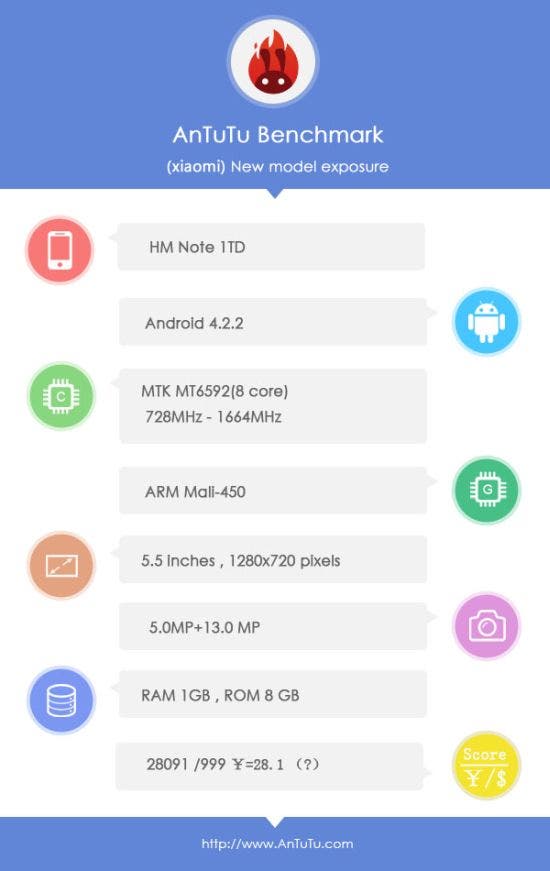 To be precise, the device scored 28,091 points on AnTuTu when spotted on the AnTuTu Benchmark database by folks at GforGames. This is quite a lot, when you consider that the device is expected to sell at just $160 in China. Other devices in this range, for example the Motorola Moto G is nowhere close to the 28,000 points that the Xiaomi Redmi Note managed. 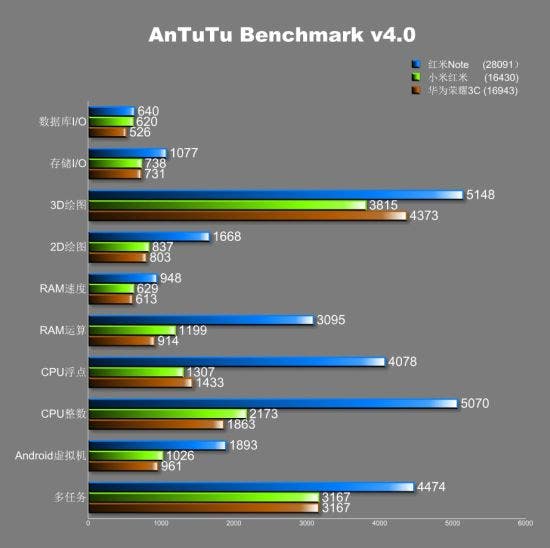 Surprisingly though, the device tested was noted to have just 1GB RAM instead of the expected 2GB. Does this mean that there’s no 2GB RAM version as previously believed, or would it be safe to assume Xiaomi didn’t want to put too much RAM on a test device? We’ll know on the 19th, which is when the device goes on pre-sale in China!

The Redmi Note will be avaiable for pre-order in China this week, an international Xiaomi fans can pre-order the 5-inch octacore phone through Xiaomi World.