The next JiaYu phones are just weeks away! The company has confirmed that both the JiaYu S2 and JiaYu G6 will go on sale in April, more details here.

Two new octacore JiaYu phones will go on sale next month, both sporting all new designs and powerful octacore processors. We are already quite familiar with the JiaYu S2 which boasts a 5-inch 1080 Gorilla Glass display, octacore processor and 2GB RAM and the JiaYu G6 phablet has appeared in a few leaks over the past few weeks sporting a 5.7-inch display, NFC and wireless charging. 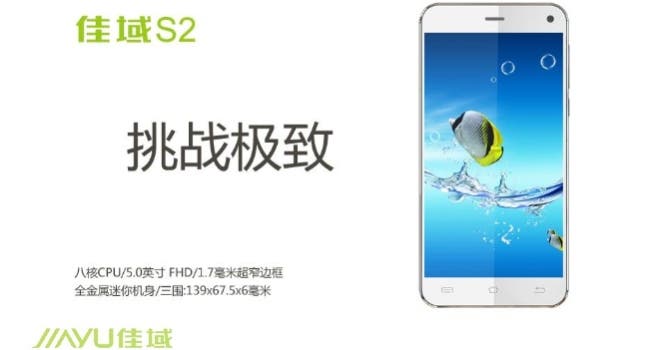 Both of the new JiaYu phones will be officially launched in April and will come in low and high versions, the low with 1GB RAM and 16GB memory while the high version has 2GB RAM and 32GB memory. Pricing for the Chinese market has been confirmed with the JiaYu S2 costing from 1399 – 1699 Yuan, and the 5.7-inch JiaYu G6 costing either 1499 Yuan – 1799 Yuan.

JiaYu are also working with international resellers and official distributors around the world to offer these new models outside China too however pricing has not been announced.